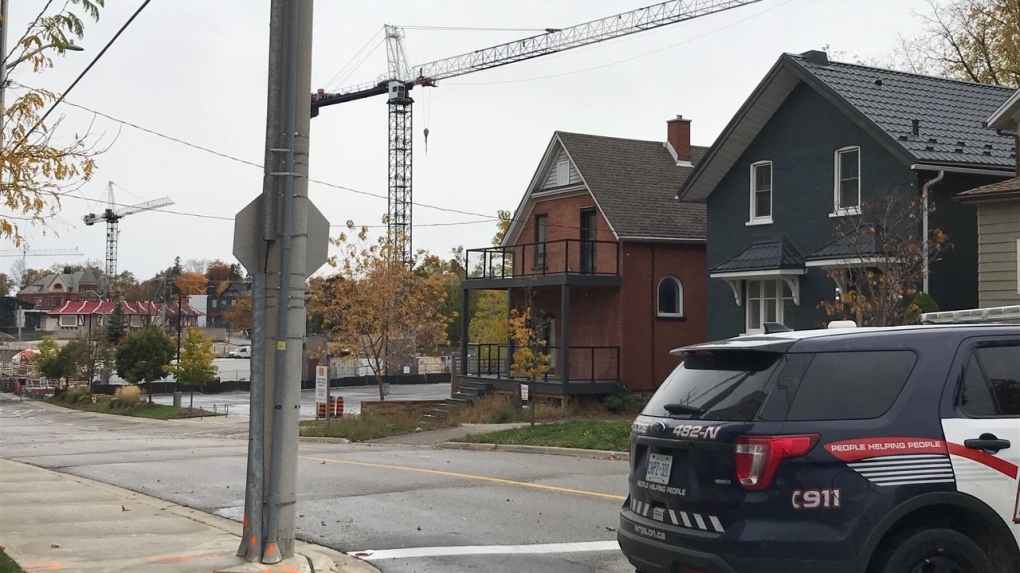 Waterloo regional police have set up roadblocks around a construction site after they say a man was seen climbing a crane. (Johnny Mazza/CTV Kitchener) (Oct. 18, 2020)

KITCHENER -- Waterloo regional police set up road blocks around a Kitchener construction site on Sunday after they said that a man had climbed up a crane.

Officers were called to the scene on Moore Avenue around 10 a.m. Sunday.

According to a news release issued the following day, police said that they attended with a mental health expert and were able to negotiate the man down from the crane.

The entire process took a little bit more than seven hours. Portions of Wellington Street North, Moore, Breithaupt and Waterloo streets were closed in the meantime.

Officials said he was taken to hospital for appropriate care.

In the news release, police shared a number of mental health resources, including the number for Here 24/7, which can be reached for support at 1-844-437-3247.