Man charged with impaired driving after head-on crash near Erin 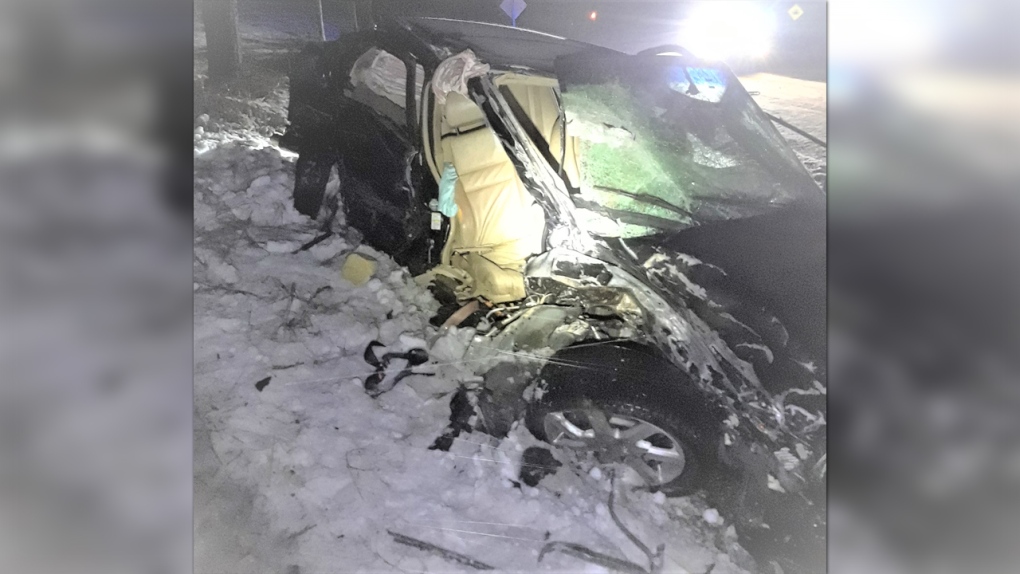 A vehicle after a serious crash in Wellington County. (Source: Wellington OPP)

KITCHENER -- A Mono Township man has been charged after a serious crash that sent three people to hospital.

Emergency services responded to the scene of the crash on Wellington Road 24 on Sunday, southeast of Erin.

The Wellington County OPP says that the initial reports suggested that two vehicles had been in a head-on crash.

Both drivers were taken to the hospital and one passenger, a female, was taken to a trauma centre.

Police say all of the injuries are considered non-life-threatening.

Through their investigation, police have charged a 20-year-old man from Mono Township.

He's due in a Guelph courtroom on Tuesday.

Anyone with information is asked to contact provincial police.