Man charged with attempted murder after woman stabbed in Fergus 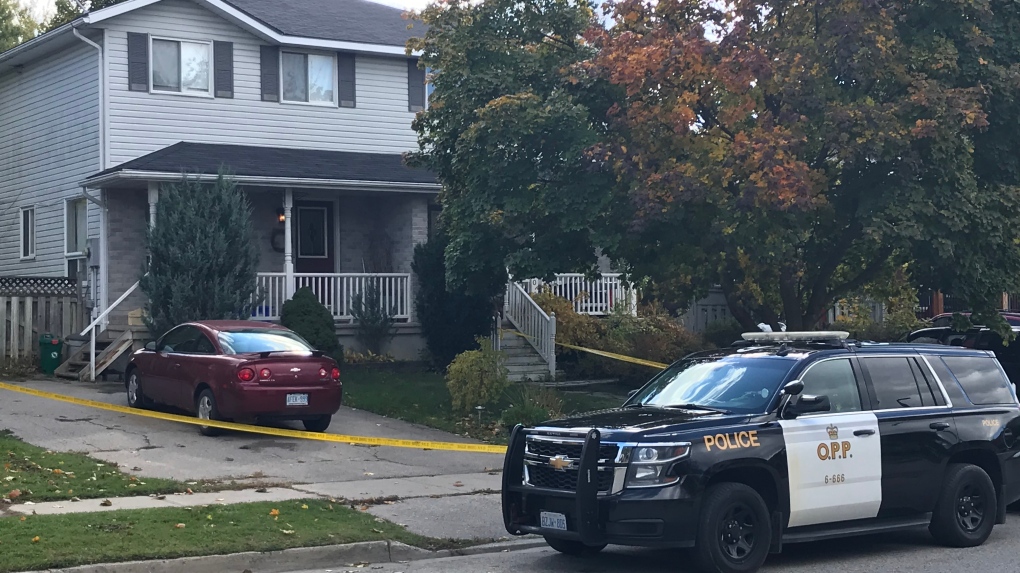 Police at the scene of an incident that left one person seriously injured and another in custody. (Johnny Mazza/CTV Kitchener) (Oct. 17, 2020)

KITCHENER -- A 27-year-old man has been charged with attempted murder in connection to what police are calling a "serious stabbing" in Fergus.

According to a news release from the Ontario Provincial Police, officers responded to a residence in Fergus at about 7:40 a.m. on Saturday.

When police arrived, they found a 59-year-old woman who appeared to be suffering from serious injuries after being stabbed.

She was taken to hospital and has since been released.

Police said that the victim and the accused were known to each other.

The accused, who is from Centre Wellington Township, has been charged and was held in custody for a bail hearing.

Officials did not publicly identify the accused. The charges against him haven't been proven in court.