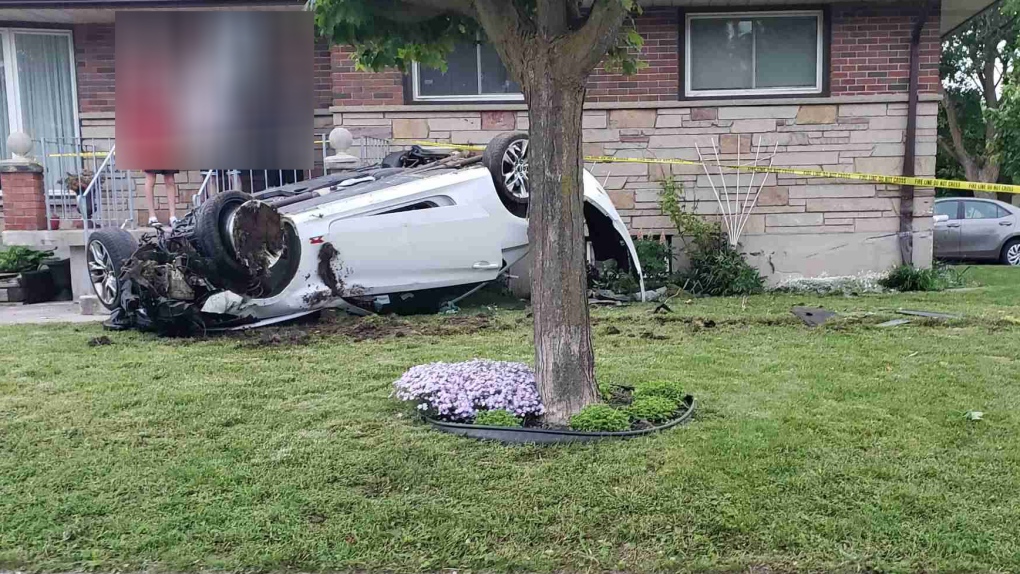 Police have laid charges in a June 6 crash that left a car on its roof. (Source: Guelph Police Service)

A man has been charged after a car lost control and hit a house last month.

Guelph police responded to the crash on Victoria Road North on June 6.

They say the driver lost control of the vehicle he was driving and left the roadway.

It hit a hydro pole, ripping it in half, and came to a stop upside down after it hit a house.

No one was physically injured in the crash. The house received only minor damage.

After more than a month of investigation, police have charged a Guelph man, 21, with dangerous operation of a motor vehicle.

Speed was reportedly a factor in the crash.

Police have not named the suspect.