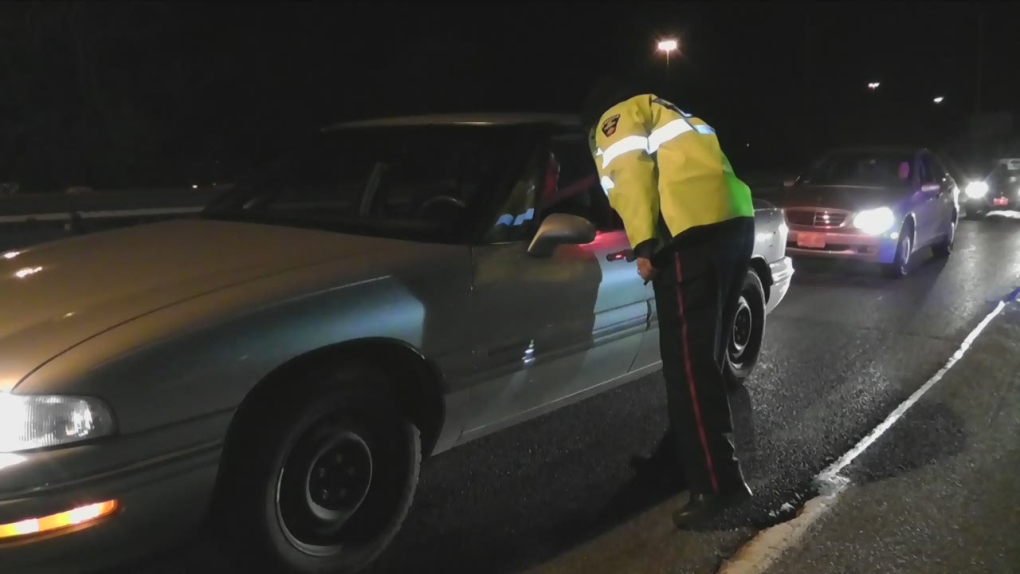 A RIDE program is seen in this undated file photo.

A man that rear-ended a vehicle during a RIDE check in Guelph earlier this month has been charged with impaired driving, according to police.

A roadside test was done on the driver at the scene and it resulted in a fail.

Officers brought the man to the local OPP centre for further testing, which resulted in the charges.

The check was on the Hanlon Expressway near College Avenue on July 7.

Officials say a 90-day licence suspension was issued, along with a seven-day vehicle impoundment.

The accused is scheduled to appear in a Guelph court next month.