Man airlifted to hospital after crash in Wellesley Township 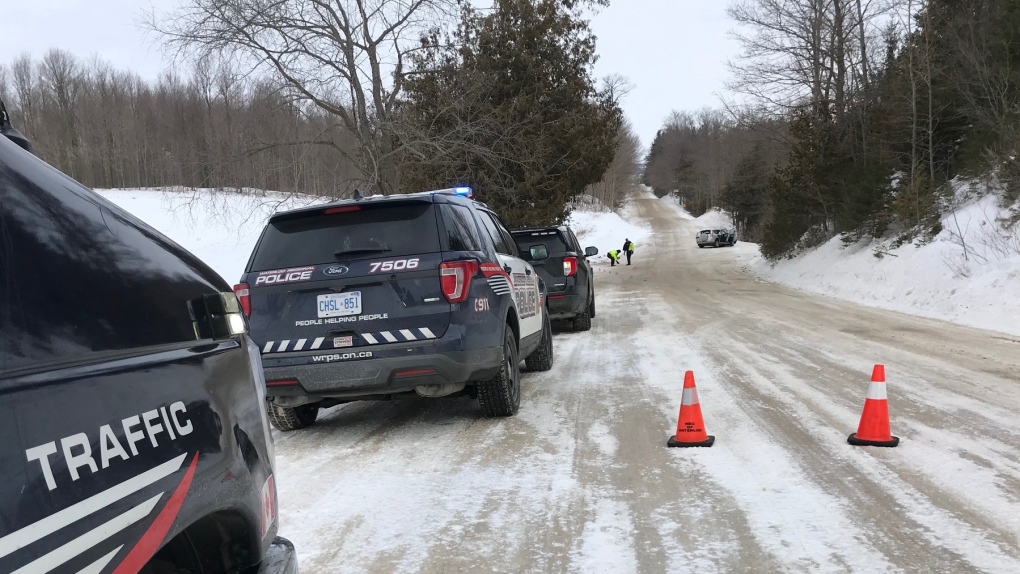 Police vehicles on the scene of a crash in Wellesley on Jan. 21, 2021. (Dan Lauckner / CTV Kitchener)

KITCHENER -- An 88-year-old man was airlifted to an out-of-town hospital after a serious two-vehicle crash in Wellesley Township.

Police responded to the incident on Hutchison Road on Thursday at about 9:30 a.m.

According to a news release, the driver of a flatbed truck was headed north when they collided with another vehicle, which was pulling out of a private driveway.

The 88-year-old man was in the latter vehicle and suffered serious injuries. He was taken to hospital by air ambulance, police said.

The occupants of the flatbed truck, a man and child, were uninjured.

Officials said that high winds and blowing snow contributed to the crash.

Hutchison Road was closed between William Hastings Line and Boomer Line for several hours. As of about 2 p.m., it was still closed.

Police are asking anyone with information about the crash to contact police.

The investigation is ongoing and police say charges are pending.