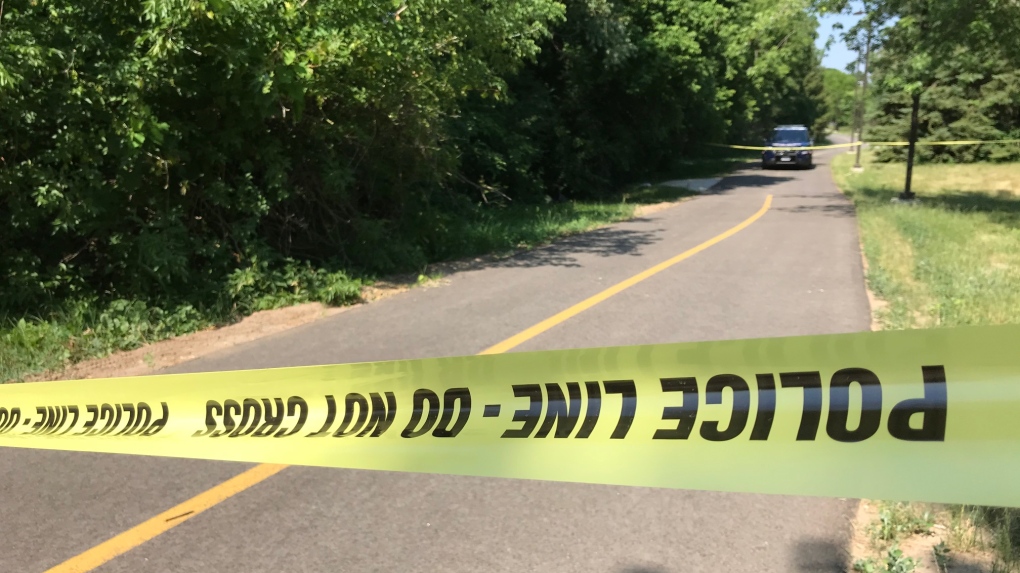 A section of the Iron Horse Trail is seen blocked off with police tape on July 9, 2020. Police said they found a deceased male in the area. (Dan Lauckner / CTV Kitchener)

KITCHENER -- A section of the Iron Horse Trail in Kitchener was closed for several hours on Thursday morning after a male was found dead.

Police say that City of Kitchener staff were cleaning out tents in the area when they discovered the body at around 8 a.m.

An autopsy has been scheduled to determine the cause of death, but officials say there is no concern for public safety.

The trail was closed between Stirling and Palmer avenues while police investigated. They were asking the public to avoid the area in the meantime.

It's not yet clear the circumstances of the death but police say it's not considered suspicious.

Police have not yet released the age or name of the deceased.

Officers had cleared the scene by 11:30 a.m. and the trail had reopened.

They say they're still investigating.

Iron Horse Trail is close between Stirling Avenue and Palmer Avenue for the next several hours.

A male has been found deceased.