A woman who says she’s been living in a Cambridge encampment for 14 years is among those at the property now being told to pack their things.

“This is where I like to sit and keep cool,” says Christine Woodley, referencing one of the tents that make up her home located in a wooded area near Hespeler Road and Highway 401.

“I have bad credit, so I can’t get an apartment. I’ve tried.”

Woodley says she’s lived on the property for 14 years, including through the winters.

“I've got a propane tank with a heater on it, I've got plenty of blankets, I've got a winterized tarp that goes over my tent, and I can stay warm,” she explains.

Woodley says others live in the area as well. But now, they’ve been told to pack up and go. 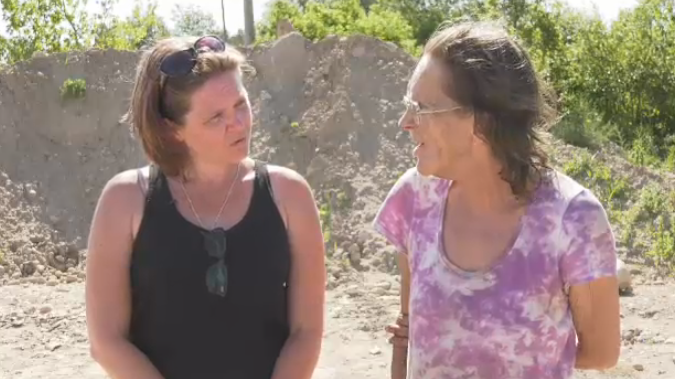 TC Energy, the company that owns the property, says those who are living there are trespassing and have been asked several times to leave by June 2.

“As the landowner, we have a legal responsibility to adhere to all applicable laws and regulations including maintaining the safety and security of this property. The location is an industrial site and is neither safe nor appropriate for an encampment," TC Energy said in a statement to CTV News.

“Every time you move someone from their home you are tearing apart their world,” said Regan Sunshine Brusse with the Alliance Against Poverty. “You are causing them harm when they're already struggling.” 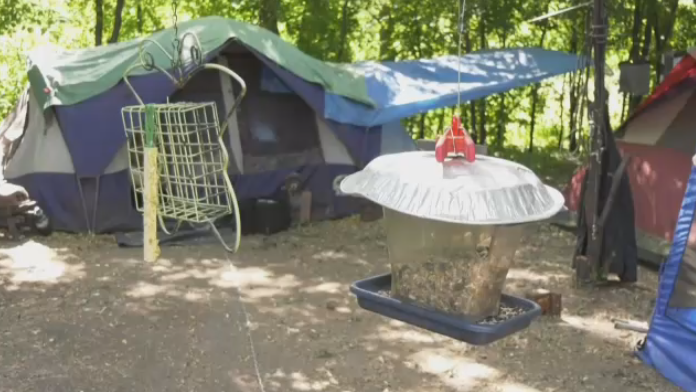 Woodley has multiple tents and bird feeders at the site. (CTV Kitchener)

The City of Cambridge says they are not responsible for evictions or notices of eviction on private property.

They say in these situations, they will help connect unhoused individuals with resources and supports, adding staff do have to enforce municipal bylaws.

With the June 2 deadline now passed, TC Energy says they continue to evaluate the next steps and collaborate with authorities and social services organizations.

Woodley just wants to keep living in the home she's made for herself.

“I love it. I've got all kinds of birds out there, I've got peace and quietness,” she says.