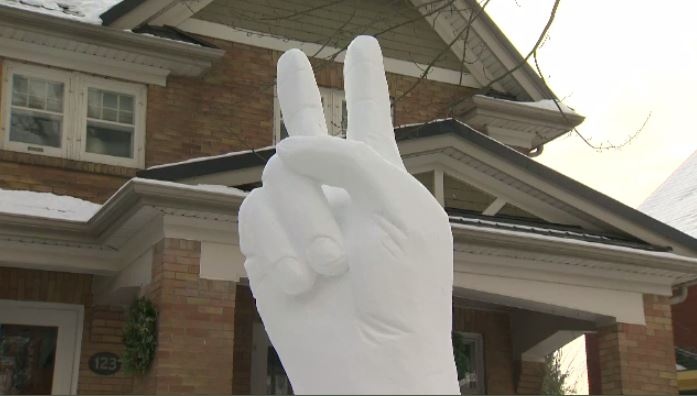 A local snow sculpture sending a message regarding international conflict.

KITCHENER -- A Waterloo man, known for his snow sculptures, has made a new creation with a simple message.

Matt Morris began working on a sculpture of a hand making a peace sign around 7 a.m. on Monday.

He said it was the right time to make it, given the recent conflict in Iran.

"I had one gentleman, he lived in Iran, and knocked on my door last night and wanted to thank me for the simple message. For me, that really connected," Morris said.

He says others are also connecting with it.

And while he says the simple message won't have a lot of effect, he hopes it will get people talking.