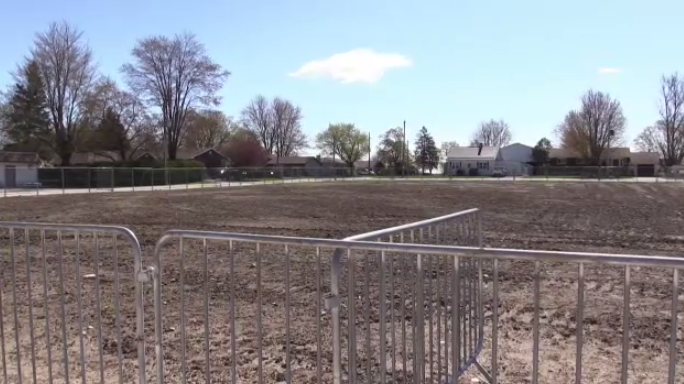 The site of the demolished Listowel Memorial Arena.

KITCHENER -- A piece of Listowel's history is gone as crews finish demolition of the Listowel Memorial Arena.

The building had been sitting empty for the past two years following the construction of the community’s new arena.

The Listowel Memorial Arena has a dark history, after seven peewee-aged hockey players and their coach were killed inside the facility after the roof collapsed on them on February 28, 1959.

A memorial will be a part of the future plans for the space, which is also expected to include parking and a recreational area.

Meanwhile, work to demolish a dam in Huron County is expected to begin later this year. The Gorrie Dam will soon be coming down.

The Maitland Valley Conservation Authority voted to decommission the concrete structure back in 2019.

Although the pandemic has slowed the demolition plans, the conservation authority says it is time to return the river back to its natural state.