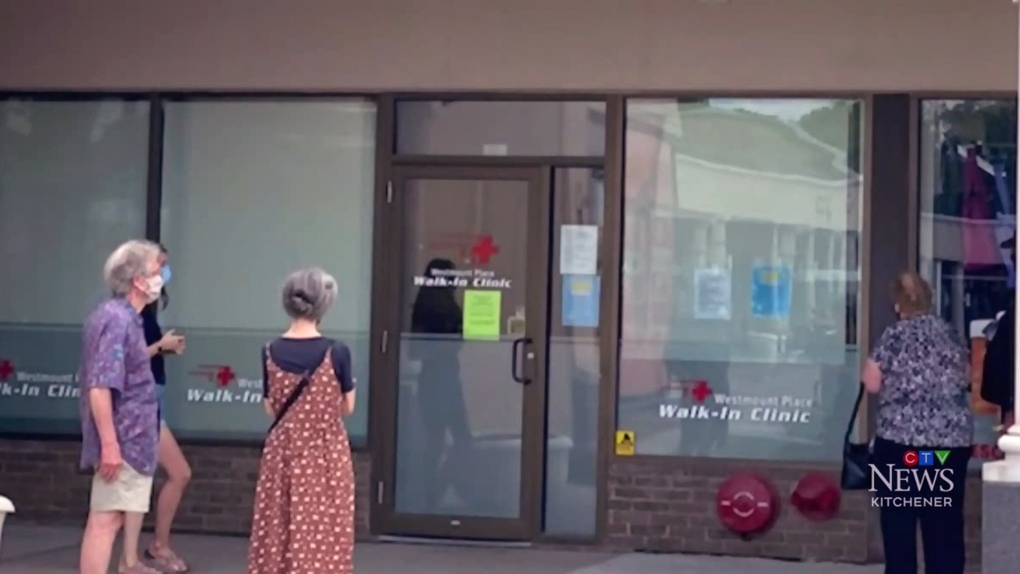 KITCHENER -- The first line at a COVID-19 assessment and testing centre in Waterloo Region could be seen on Monday, just a day after the premier pleaded for Ontarians to go get a test.

Doctor Joseph Lee, the lead clinician at the KW-4 Assessment Centre in Waterloo, saw the lineups form and stresses people should call to book an appointment.

"We will test them," he said. "But we may ask them to come back at a more convenient time when things are less busy."

Less says he’s concerned about the open invitation from the premiere and prefers the current system of calling ahead.

"So we don’t have big crowds of people who may have symptoms," he said.

Over the weekend, Premier Doug Ford urged Ontarians to get tested even if they don’t have symptoms. He noted the number of reported tests has dropped, as the province’s top doctor echoes the concern of people having to jump through hoops to get a test.

"When they feel they have symptoms: go without having to go through a number of steps," said Dr. David William, Ontario medical chief officer of health. "Will they be received? Will they be turned away? The answer will be: you will be received and you won’t be turned away. "

Testing for COVID-19 is also being done at two locations in the Cambridge Memorial Hospital, St. Mary’s Hospital, and Grand River Hospital.

Officials say these locations have the capacity to handle the tests, but still ask that people call ahead.

"We have received over 200 calls today," said Lee. "All those people are being booked in."

More staff and hours at the Waterloo clinic, as well as other area hospitals conduction COVID-19 testing, have been added.