Two bottles of children's Tylenol arrived at Apothecare Pharmacy in Kitchener Tuesday morning, and by the lunch hour, one of the two bottles was claimed.

“We received an update from our wholesaler indicating that they were going to be receiving a shipment this week. So we just kept an eye on it daily,” pharmacist Neil Malhotra said.

Malhotra doesn't expect the second bottle to last long, but is hoping more bottles are on the way.

“We are hoping to receive some tomorrow hopefully," he added.

“It's not too much,” pharmacist Michael Abdelsayed explained.

“I think, in a way, it’s fair they are distributing to different pharmacies, but we only got three. We got a few of the chewable as well, but every day we check,” Abdelsayed added, referring to checking his wholesaler’s website.

He added: “As of now, we can't order anymore, but hopefully, we will be able to order more as time passes.” 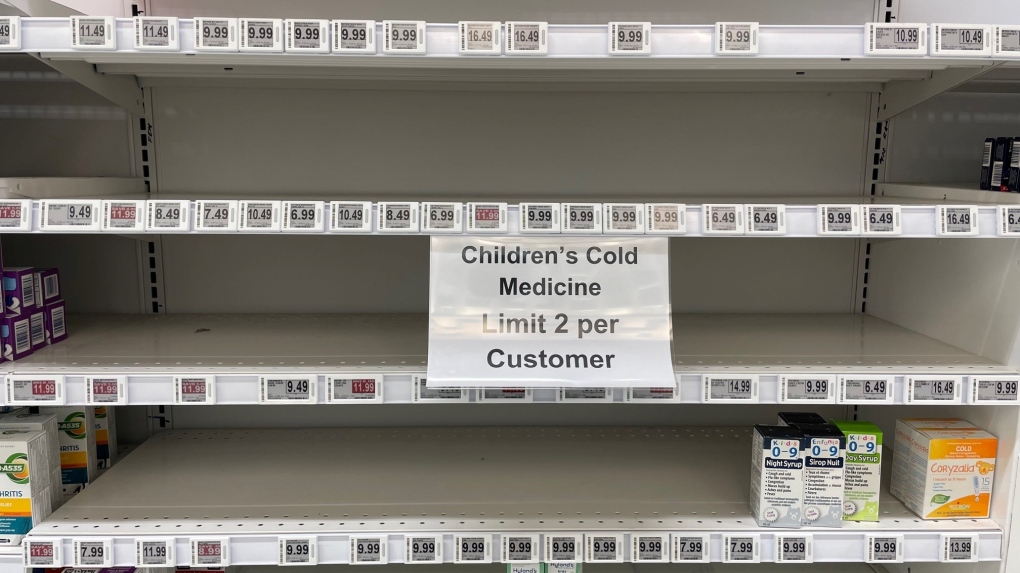 The rules as to why some pharmacies can receive more or less in a shipment than others remain unclear. One pharmacist believes it may be based on order history.

Nearly two weeks ago, the federal government said one million bottles would soon be arriving across Canada and that hospitals would be getting first dibs.

Not long after, another announcement came that indicated an additional 500,000 bottles would be imported from different countries.

Abdelsayed said he believes the bottles he received are from the US, “The major change is we need to distribute these French labels with them. I think the issue was that the ones from America don't have the bilingual labels, so we just distribute these [French language pamphlets] along with the bottles that we have here.”

He said pharmacies are still receiving “frequent calls” about the fever relief medicine.

“Almost every day we are getting 10 to 30 calls about Tylenol,” said Abdelsayed.

The deliveries are a relief, he said. 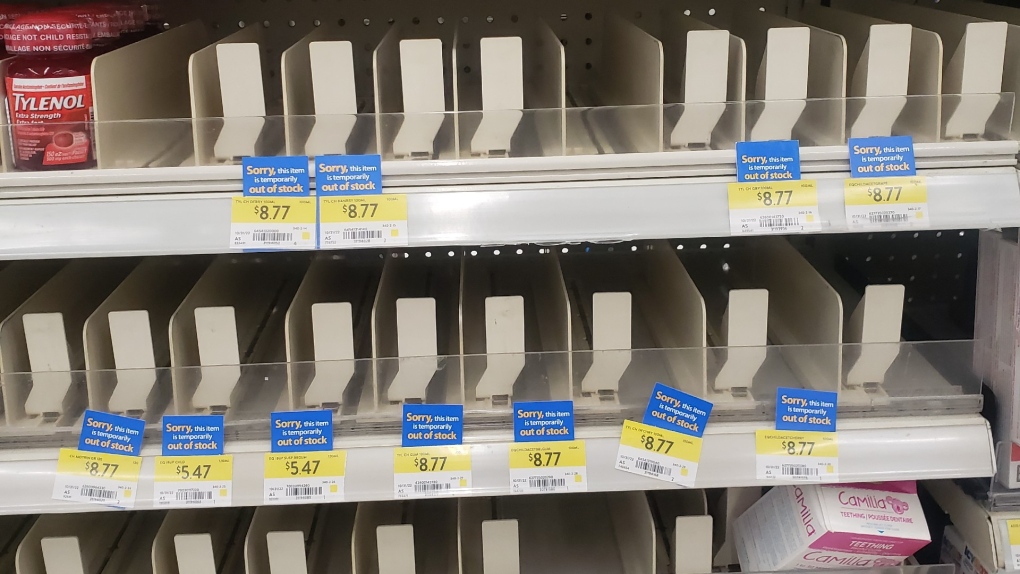 The shelves of a Cambridge Walmart sit empty in November 2022 due to a shortage of Children's pain medication. (Daniel Caudle/CTV News)

“It is good to hear that a lot of other stores, especially smaller stores, are getting stock,” Malhotra said.

“I think this will help to alleviate a lot of the concerns that parents have right now about getting children’s Tylenol, and then hopefully beyond this it won't be an issue anymore,” Malhotra added.

If you are unable to find traditional cold and flu medicine for your children, it is always recommended to ask a pharmacist for advice.

For example, Abdelsayed shared a common misconception. “What I think a lot of people do is they assume [with] the infant Tylenol you just give more of it for a child who is over two years old. Don’t do that.”

He warns the “infant to two years old” Tylenol formula is more concentrated than the “children aged 2 to 11 years old” and is not an exact replication.

“If you give too much of the infant Tylenol, it could be very, very concentrated for a child,” he said.

“So, you really have to be careful with the dose. Ask your pharmacist to calculate the dose,” Abdelsayed added.

In an exclusive interview with CTV’s Power Play, Polish Prime Minister Mateusz Morawiecki is praising the moves from Western countries to send tanks to Ukraine.

One of the planet’s most unique wildcats has been detected for the first time on the tallest mountain on Earth — Mount Everest.