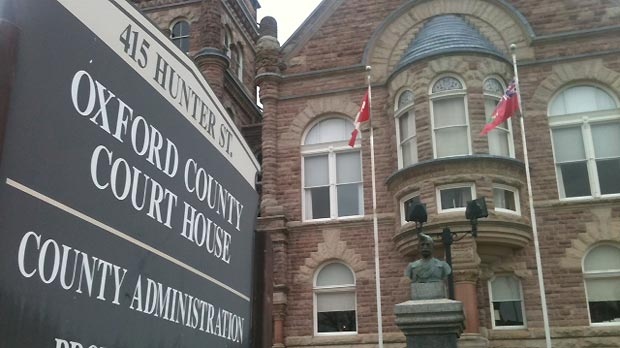 WOODSTOCK, Ont. -- A man convicted in the murder of an elderly Woodstock woman has been given a life sentence with no chance of parole for at least 15 years.

Stephen Dustin, 41, learned his fate Friday in a Woodstock court as the victim's family wiped away tears.

Court heard Dustin was a tenant of Brown's and had known her and her family for more than 20 years, describing the elderly woman as "like a grandmother" to him.

He told police that he had been drinking on the night of her death and that he became enraged and killed her after she refused to give him beer money.

On the night of the murder, court heard, Dustin had consumed about 30 alcoholic beverages.

He will be seeking counselling in prison.