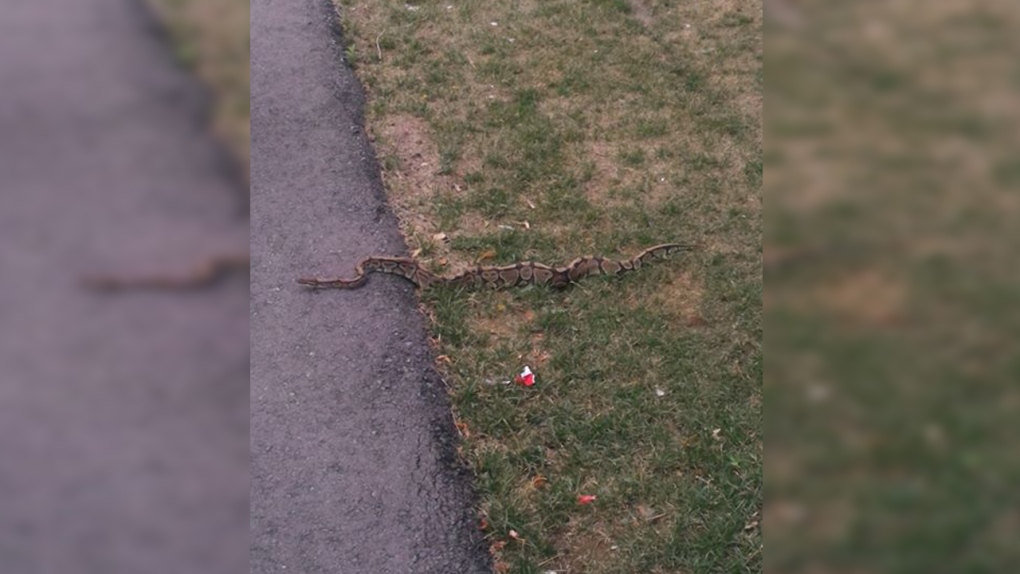 A large snake was allegedly found on a path in Waterloo on Tuesday. (Greg Hill / Facebook)

A person reported seeing a large snake about three to four feet long on a path in Waterloo on Tuesday.

It happened in the area of Bridgeport Road East and Weber Street North at approximately 9 p.m.

Apparently several police officers were in the area later that evening.

The K-W Humane Society confirmed that a snake was contained by police.

It was later taken away by Ontario Wildlife Removal.

There were no reports as to the origin of the snake.