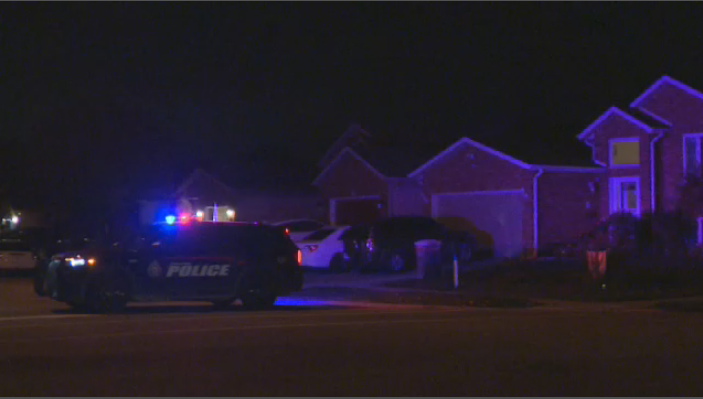 A police presence in the area of St. Patrick's Drive and Killarney Street in Brantford. (Adam Marsh/CTV Kitchener) (Oct. 17, 2020)

KITCHENER -- Many Brantford police officers were set up outside a residence for hours as part of an investigation.

Police were reportedly outside of the home in the area of St. Patrick’s Drive and Killarney Street for the majority of Saturday evening and into the night.

At the scene, it appeared as if officers were talking with someone inside the house.

Brantford police stated on Sunday they had cleared the scene and that Guelph police was working in conjunction with them.