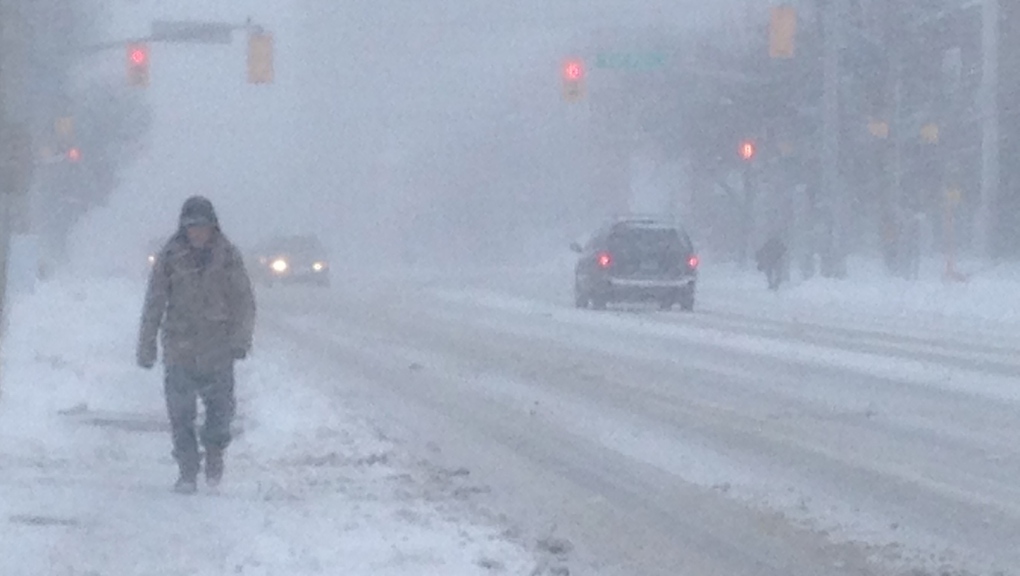 Snow seen on Weber Street in Kitchener in this undated file photo.

KITCHENER -- Some communities in southern Ontario woke up to fresh snow Tuesday morning, with more expected to be on the way.

Strong northwest winds gusting between 30 and 50km/h will persist, aligning over the warm waters of Lake Huron and Georgian Bay along with cold temperatures.

As of Tuesday at 1 p.m., snow squall watches were in place for several areas including Waterloo Region, Northern Wellington County, Oxford and Brant counties, while Huron County was under a snow squall warning.

These alerts may change and are updated throughout the day on Environment Canada's website.

Under snow squall bands, visibility will be significantly reduced. Blowing and drifting snow is also likely for some areas, while accumulations could happen quickly.

A lake effect band is expected to intensify between Grand Bend and Port Albert, dropping local snowfall amounts between 10 and 20 cm in 12 hours for some communities.

Temperatures will also be brisk in Waterloo Region, where windchill values could near -10 degrees Celsius.

If you're seeing sunshine instead of snow, that's not uncommon.

It's the power and uncertainty of lake-effect snow. Snow squalls can cause conditions to deteriorate quickly and vary considerably. It is common to see a change from sunshine to snow within a few kilometres.

Winds will ease Wednesday and conditions are expected to clear. A warm-up is forecast for Thursday and Friday, with rain likely over the weekend.