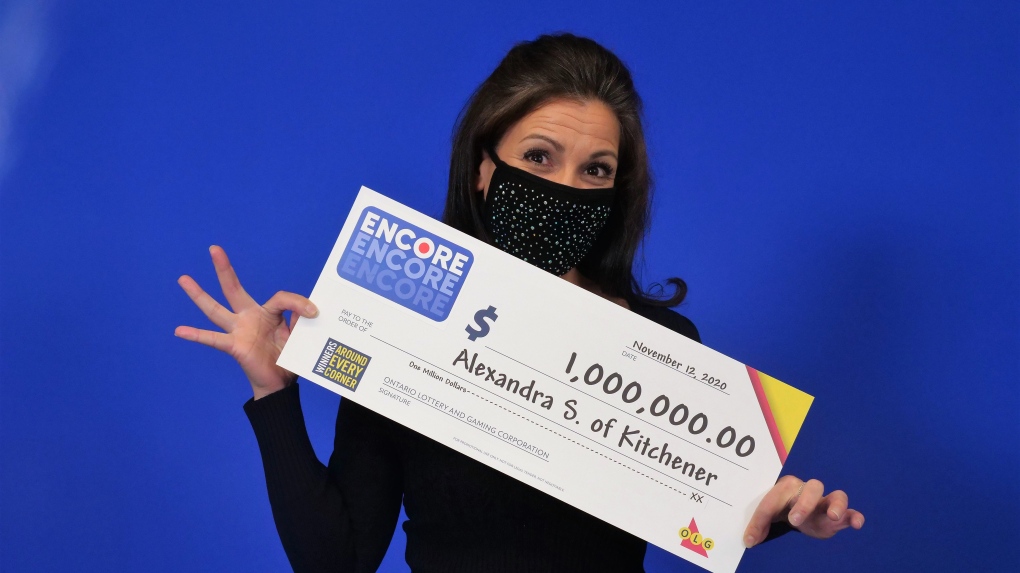 KITCHENER -- A Kitchener woman took home $1 million thanks to a September lottery win.

"I don’t play the lottery often, maybe 10 times a year," Stubbs said while picking up her prize at the OLG Prize Centre in Toronto.

Stubbs, who is a retail worker, said she forgot about her ticket for weeks but finally checked it in an app.

"I thought it was an advertisement, but it was actually my prize amount!" Stubbs said.

She said she shared the win with her boyfriend right away.

Stubbs, who is also a mother, plans to buy a new home, save for her retirement and invest.

"I want to be able to take care of my family," she said.

Prizewinners can pick up their cheques at the OLG Prize Centre by appointment only for prizes worth $1,000 or more.