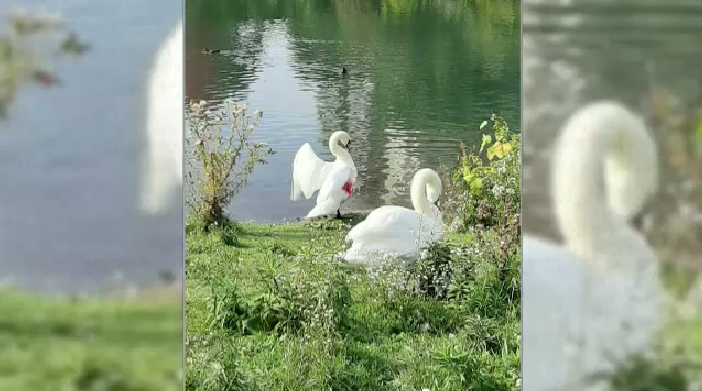 Ophelia the swan is recovering after an injury (Supplied: Denise Kelly)

KITCHENER -- One of Victoria Park's most popular resident swans is recovering from an injury.

City of Kitchener staff responded to the park on Tuesday, after getting a call that Ophelia was injured.

Ophelia was taken to a local vet, who confirmed she lost some feathers and was bleeding.

Ophelia is doing well and is expected to return to the park soon.