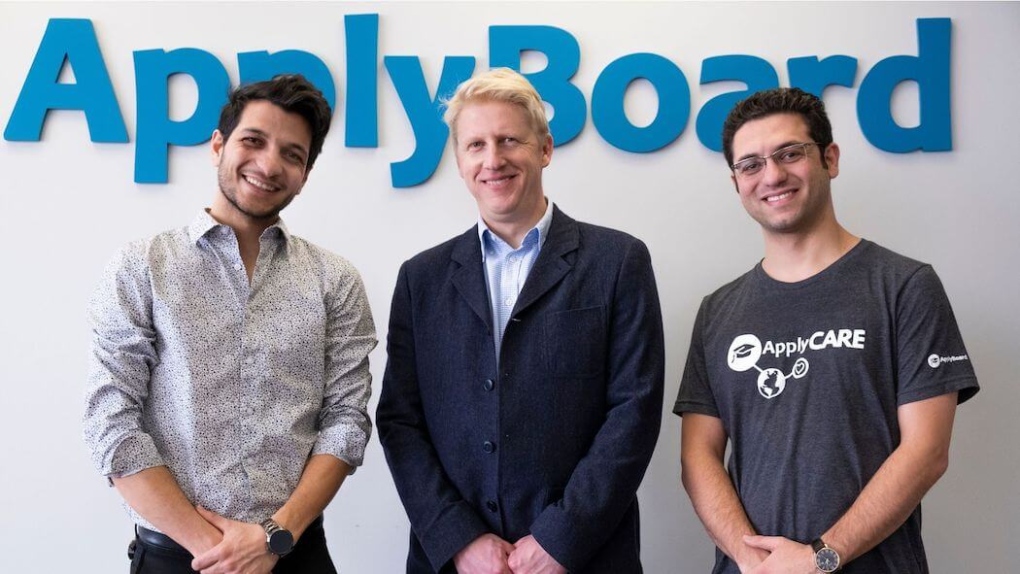 KITCHENER -- ApplyBoard has appointed Jo Johnson, the younger brother of British Prime Minister Boris Johnson, as the chairman of the company's advisory board.

The company said that it is "thrilled" to have Johnson aboard given his political background and his experience in the education sector.

Launched in 2015, ApplyBoard is a recruitment platform that helps international students apply to post-secondary education in North America.

"Jo has been instrumental in driving positive change for international students studying in the U.K., specifically leading the reintroduction of two-year work visas," said CEO Martin Basiri, who co-founded ApplyBoard alongside his brothers Meti and Massi, in a news release.

In September, Johnson stepped down as science and universities minister and as a member of parliament, saying he was "torn between family loyalty and the national interest."

Since retiring from politics, Johnson has become non-executive chairman at Tes Global, a company that provides online educational services.

“It is great to see a company leading the way in education, developing new technology and innovations to make students’ lives easier,” said Jo Johnson in a news release. “Today’s international students are tomorrow’s world leaders."

In November, ApplyBoard was named Canada's fastest-growing technology company by Deloitte, something that Johnson says he is excited to become a part of.

"ApplyBoard is lowering barriers to the transformational benefits education brings, and I can’t wait to help the Basiri brothers, and talented team at ApplyBoard write the next chapter in their incredible story," added Johnson.

The company has partnerships with over 1,200 primary, secondary, and post-secondary schools, and has helped over 80,000 students with education applications to date.