The Kitchener Rangers have announced the new head coach will be Chris Dennis.

Dennis’ experience includes nearly a decade in some capacity with the Toronto Maple Leafs, as both an assistant coach and video coach.

Speaking to the media on Tuesday, Dennis described himself as “honest and fair and hardworking.”

“That’s kind of what I am as a person and what I pride myself on,” Dennis continued. “That’s what I am going to try and convey to this team and the community.”

“We’re going to work hard, we’re going to do our very best, and if we do all those things we should have success on the ice,” said Dennis.

Dennis was named the new head coach a day after the Rangers announced that interim coach Mike Mckenzie would be stepping away from the bench to return as the team’s full-time general manager. 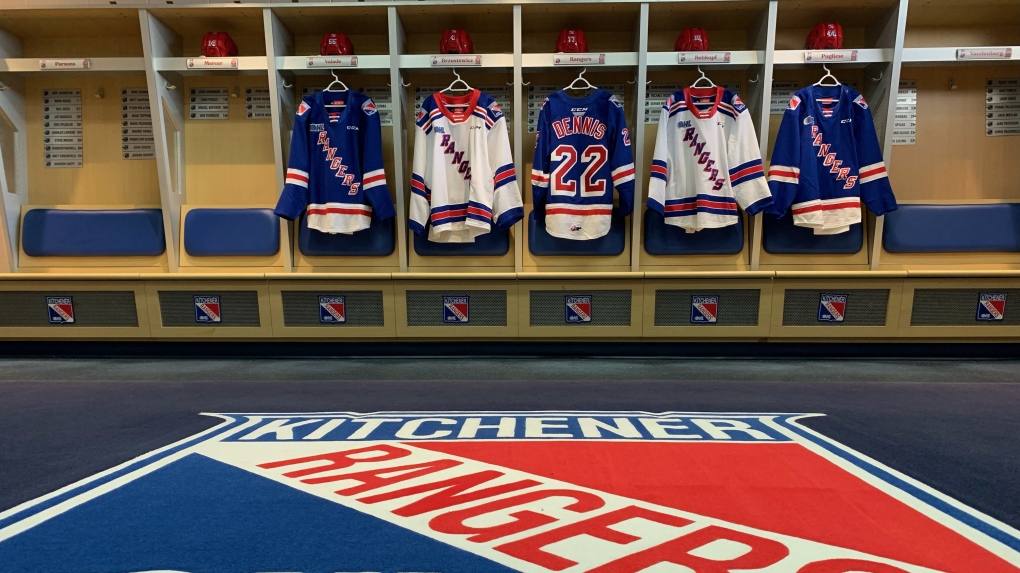 “It’s a dream come true to be the head coach of the Kitchener Rangers,” said Dennis in a media release. “It’s a first-class organization that is driven to be one of the best teams in the Canadian Hockey League. Having the necessary people, resources and players in place to make a run and challenge for championships is exciting. The fan base is amazing and it’s a full building most nights. You want that excitement and that passion. Kitchener has that and then some.”

During his time with the Leafs, the Toronto native worked alongside head coaches like the hall of famers Pat Quinn, Ron Wilson, Paul Maurice and Randy Carlisle.

After departing from the Leafs in 2015, Dennis spent two seasons as the head coach at York University where he was acclaimed as the two-time Ontario University Athletics coach of the year.

Last year, the Rangers finished 12th in the league after being defeated by the Windsor Spitfires, who went on to win the western conference.

This year, hopes are high that a big-name coach paired with a full-time general manager can bring the championship back to the city for the first time since 2008.

“We are excited to welcome Chris and the Dennis family to the Rangers,” said McKenzie. “Chris checked all the boxes we were looking at when hiring a new coach. He has valuable head coaching experience from his very successful years at York University.”

McKenzie, who has been with the Rangers in some capacity since 2012, took over the coaching position on an interim basis in 2019 in addition to his general manager duties.

The FBI search of Donald Trump's Florida resort is an extraordinary, historic development given that it targeted a former President of the United States and set off a political uproar he could use to stoke his likely 2024 White House bid.