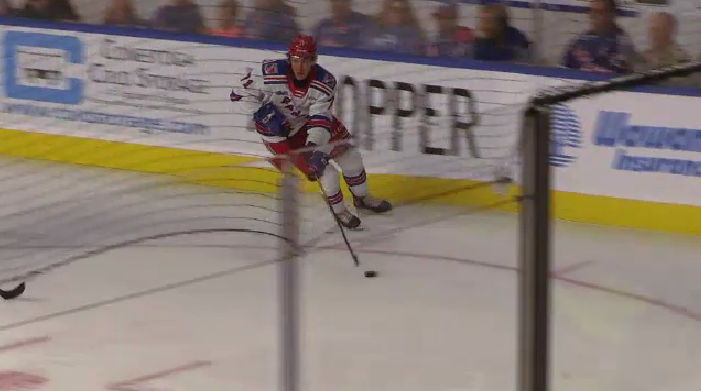 Three players who were once a part of the Kitchener Rangers organization, and one who laced up his skates for the Guelph Storm, are all headed to the big league.

Francesco Pinelli, wearing number 71, was selected 42nd overall by the Los Angeles Kings in the second round.

The centreman spent his rookie year with the Rangers and was part of Canada’s gold medal team at the U-18 World Championship.

Pinelli then played in Slovenia after the OHL cancelled its season.

Rangers’ defenseman Ville Ottavinen was later selected 99th overall in the fourth round and is heading the the NHL's newest franchise the Seattle Kraken.

Roman Schmidt was also picked up by the two-time defending Stanley Cup champion Tampa Bay Lightning with the 96th pick. The defenseman signed in June with the Rangers after being selected in the 2019 OHL priority selection draft.

Players who grew up in Waterloo Region were also selected in the draft.

Chandler Romeo, who is from Cambridge, was selected in the 202nd spot by the Ottawa Senators.

Canada has now fully vaccinated 78.37 per cent of the country's eligible population.

The father of Gabby Petito, who was reported missing over the weekend, made a public plea Thursday for information on the disappearance of the Florida woman.

The father of a 7-year-old Michigan girl whose hair was cut by a teacher without her parents' permission has filed a US$1 million lawsuit against the school district, a librarian and a teacher's assistant.