Hundreds gathered for an abortion rights rally held in front of the Kitchener clock tower Wednesday evening as reaction to the Roe v. Wade decision south of the border continues to pour in.

The event kicked off at 7 p.m. with speakers.

The main goal of the rally was to show solidarity with pro-choice movements across the United States in the wake of the landmark Supreme Court ruling overturning the right to abortion. But organizers say abortion services in Canada, including in Waterloo region, need more support too.

"Actually a lot more folks turned out than I personally expected,” someone at the rally told CTV. “I think it’s fantastic, I think it shows a great concern. Canada tends to look to the states and there is a time lag before you start to see changes up here, and they are here to show their solidarity around free choice"

Another rally attendee told CTV: "it's important to support other women [and] it’s also very important for politicians to know this is not happening here."

University of Guelph political science professor Candace Johnson believes some women in states that ban abortion will still find a way to get one, possibly in another state or elsewhere.

“There will be women who will seek abortions in other countries, probably namely Mexico and Canada,” Johnson told CTV News.

TK Pritchard, executive director of the SHORE Centre (formerly Planned Parenthood) in Waterloo region, says the overturning of Roe v. Wade could have a limited impact on abortion access in Canada.

“Abortion centres in Canada, and SHORE Centre in particular, are almost always operating at or beyond capacity. The reality is that we would really struggle if there was an influx of clients coming in,” Pritchard said.

Pritchard said the SHORE Centre will serve anyone who shows up at their door, but more resources are needed.

Johnson said the potential impact is likely to be small because reaching Canada would mean a lot of effort for the few desperate enough to make the trip.

“This will be difficult, it will be costly,” said Johnson. “It will require a passport to enter Canada. We know that most Americans don’t have passports. I think fewer than 40 per cent of Americans have passports.” 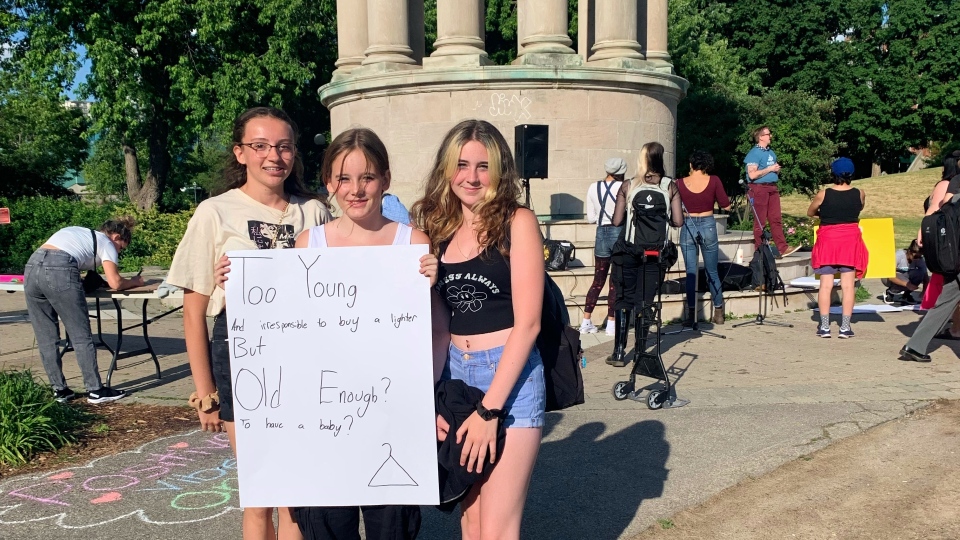 The Canada research chair in the politics of reproduction says loud voices and rallies can help protect abortion rights in Canada.

“A rally might lead to an op-ed, might lead to another organization being founded, might result in new grants, new support,” said Alana Cattapan, who’s also an assistant professor at the University of Waterloo.

In Canada, there are two different options for people seeking abortions – the so-called “abortion pill” and surgical abortions.

The SHORE CENTRE says they provide about 600 abortion pills a year in Waterloo region and the number of surgical abortions is roughly equal.

The Centre says their average client is between 25 and 40 years old.

A previous version of this story incorrectly attributed the following quote to TK Pritchard instead of Candace Johnson. It has been corrected.

“This will be difficult, it will be costly. It will require a passport to enter Canada. We know that most Americans don’t have passports. I think fewer than 40 per cent of Americans have passports.”