Waterloo regional police say evidence of gunfire found in McLennan Park in Kitchener is connected to another shooting in the nearby area of Windflower Drive and Windflower Crescent. Both incidents took place Monday night on Victoria Day.

People who live in the area say it’s unusual and scary.

“Monday night about 10 p.m. because it’s a hot day, I open my window – I hear ‘bang-bang’ about twice,” said Thong Vo, who lives in the neighbourhood. “After that I look at the sky and thought ‘maybe it's a firecracker’ and after that, I hear nothing.”

Tanay Kashyav also heard it. He was taking out the trash on Monday night around 10:20 p.m. when he said he saw two males dressed in black.

“They shot off something that resembled a firework, it didn't really sound like a gun,” said Kashyav.

The sound of fireworks was expected on the Victoria Day holiday, so to find out what they heard was a gunshot is unsettling for people who live nearby. 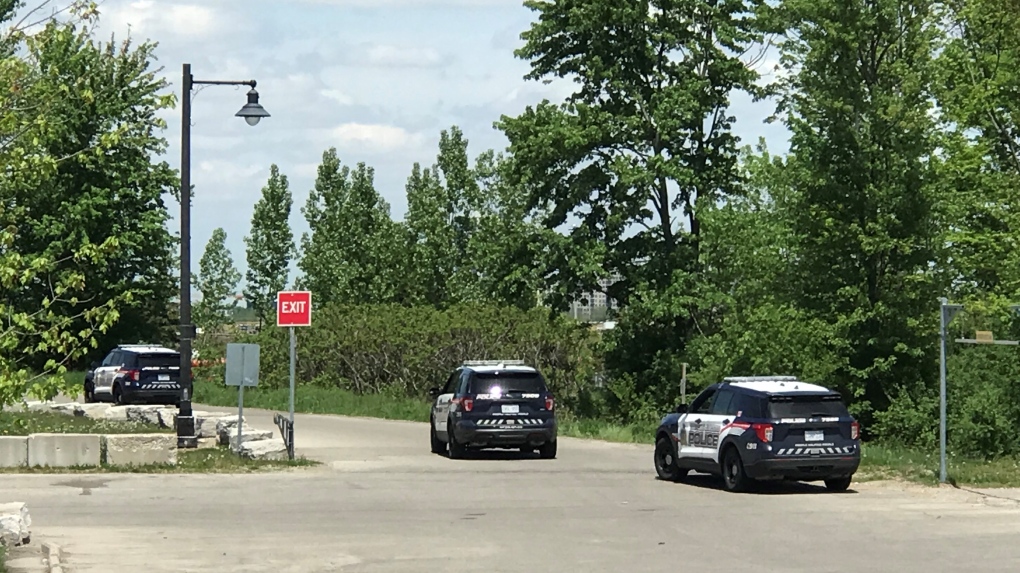 Police vehicles are seen at McLennan Park in Kitchener on May 24, 2022.

In a media release, Waterloo regional police said they were called to the area of Windflower Drive and Windflower Crescent for a report of damage at a home around 8:15 a.m. on Tuesday.

Inside, officers found damage to an interior wall and couch that was determined to have been caused by bullets.

Police also searched McLennan Park and found evidence that a firearm had been discharged there.

Police determined shots were fired at the park sometime between 10 p.m. on Monday and 12 a.m. on Tuesday as a group of people set off fireworks.

A short time later, a second set of shots were fired at a home in the area of Windflower Drive and Windflower Crescent.

Police believe the two incidents are related and were targeted shootings.

Police are asking anyone with information or surveillance footage to contact them.

Patrick Brown has been disqualified from the federal Conservative leadership race, after ballots have already begun to be mailed out, and his campaign is fighting back against what it calls anonymous allegations.

Jayland Walker was handcuffed when his body arrived at the medical examiner's office: autopsy report

Jayland Walker was handcuffed behind his back when his body arrived at the coroner's office to be processed as part of the investigation into the officers who shot and killed him in Akron last week, according to a medical examiner's report that was reviewed by CNN.

A high school friend of B.C. teen Amanda Todd has testified he took action when he saw what he described as a “pornographic” picture of her on Facebook in November 2011.

The man charged with killing seven people when he unleashed a hail of bullets on an Independence Day parade from a rooftop in suburban Chicago legally bought the high-powered rifle used in the shooting and four other weapons, despite threatening violence, police said.