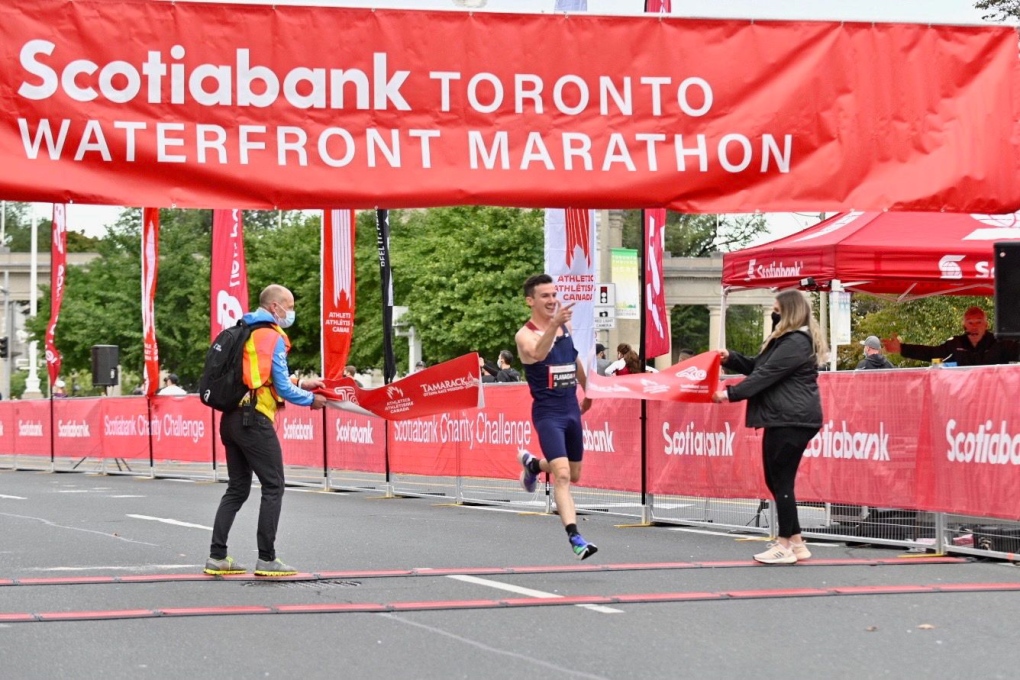 Kitchener, Ont. native Ben Flanagan reached a career milestone on Sunday after taking the top spot at the Canadian 10K Championships in Toronto.

The win was the first of his career in a 10K road race, finishing with an official time of 28:41.

“I knew I had a shot at winning, the competition was intense but to come out on top in front of family and friends and close to home was a really special moment,” Flanagan said to CTV. “I was really proud and pumped that I had what it took today to cross the finish line first.”

The 26-year-old said he has plenty of experience in 10 kilometre racing on the track, but running on the road was something he wasn’t used to.

“I’ve never done it on the roads, so it was nice to try out the distance on the roads and fortunately it went pretty well,” Flanagan said.

The runner attended St. Mary’s High School in Kitchener and trained regularly at Bechtel Park in Waterloo, before earning a track and field scholarship to the University of Michigan.

“Kitchener is where it all started. It’s where my roots are from, where my support is still from,” Flanagan said. “Any chance I get to come home and celebrate with close family and friends is an amazing experience. I love it there.”

After college, he signed a professional contract with Reebok and began competing full-time in Charlottesville, Virginia.

“I spend most of my time training there. I compete across North America and across the world. Fortunately I’ve been able to represent Canada a few times,” Flanagan said.

Next up, Flanagan has his eyes set on the 2022 World Athletics Championships in Eugene, Oregon this August. He says he hopes to crack the Team Canada roster and represent his country on the international stage.