Kitchener MPP elect among protesters of US immigration policies 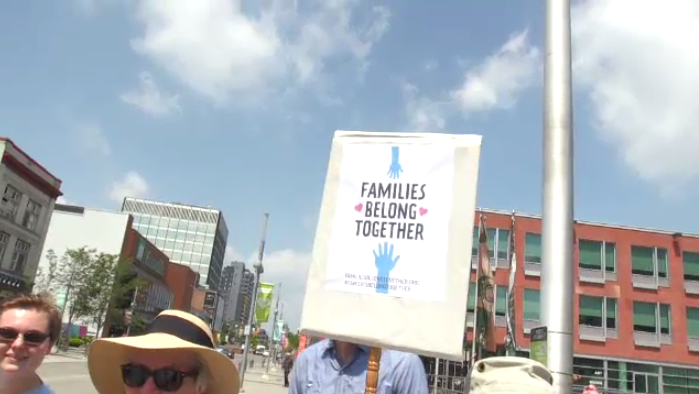 Dozens of protesters gathered in front of Kitchener city hall Saturday to speak out against US President Donald Trump’s ‘zero tolerance’ immigration policies, which have separated thousands of children from their parents.

Passing vehicles showed their support with honks and waves.

Among the protesters was Laura Mae Lindo, the MPP elect for Kitchener Centre.

“When you see images of children behind bars, crying, you have to come out,” she said.

Lindo cited one specific protest sign, reading, “When injustice becomes law, resistance becomes duty,” as a reason for her participation.

The organizer of the protest, Emily Squirrell, has a one-year-old son.

“I know that if my baby was taken from me, I would just be devastated,” she said when asked about her motivation.