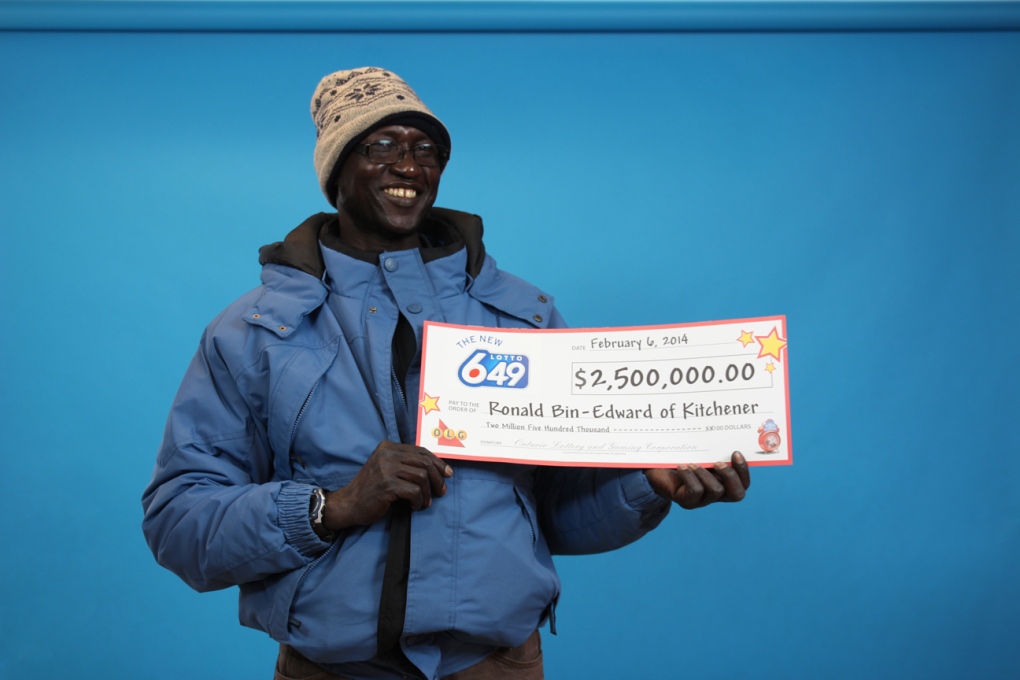 Ronald Bin-Edward poses with his cheque after winning a $2.5-million Lotto 6/49 jackpot in this photo provided by OLG.

Ronald Bin-Edward is $2.5 million richer – and at first, he didn’t even know it.

The Kitchener resident bought a ticket for the Jan. 11 Lotto 6/49 draw at Real Canadian Superstore on Highland Road.

When the winning numbers were announced that night, he thought he’d won $500.

“When I went to check it at the store, all the noise and lights came on and the machine said ‘Big winner,’” said Bin-Edward in an OLG news release.

“The cashier told me I was a millionaire.”

Bin-Edward split that night’s $5-million jackpot with another person, who bought a ticket with the same numbers in Toronto.

He says the impact of the win hasn’t fully sunk in, but his plans for the money include a new house, new car and travel to Africa.

“I work two jobs and have always suffered from a lack of sleep,” he said in the release.

“Now I will sleep soundly.”