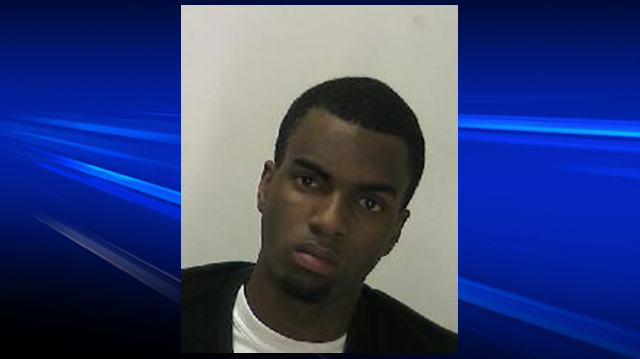 Darrien Hinkson-Harris, 21, of Kitchener, Ont. is seen in this image provided by the London Police Service.

Police are looking for a 21-year-old Kitchener man in connection with the shooting death of Terrell Johnson in London, Ont.

Very early on Sunday, two men were shot in the city’s downtown. Johnson died in hospital that day but a second man is reportedly now recovering.

Darrien Hinkson-Harris is wanted on a long list of charges, including second degree murder, aggravated assault and a number of weapons-related offences.

Dominique Mossel, 20, of London was arrested on Wednesday evening and is also facing a second degree murder charge as well as numerous weapons charges.

Joshua Carter, 22, was arrested earlier this week and has also been charged with second degree murder.

Hinkson-Harris is described as a black male, 6’2” tall, 161 lbs with short black hair, brown eyes and a goatee.

London police say he is considered armed and dangerous and should not be approached.