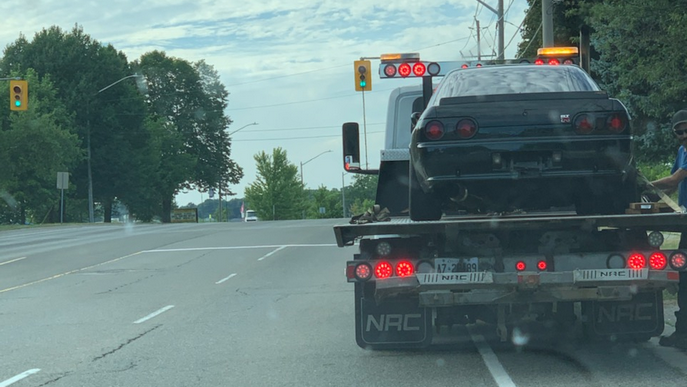 The WRPS Traffic Services Unit posted a tweet about the incident, which they say happened just before 3 a.m. on Monday.

According to the post, officers pulled over a Kitchener man during ongoing modified vehicle enforcement.

Kitchener man stopped this evening during continued modified vehicle enforcement. All 4 tires found to be bald with cord showing. Vehicle also had an illegal exhaust and found to be in violation of the E.P.A. 5 Tickets issued, Plates removed, and vehicle towed. @WRPSToday pic.twitter.com/ThTBy6Emyt

Officers say that all four tires on the vehicle were found to be bald with a cord showing, in addition to having an illegal exhaust.

Police say that five tickets were issued, the plates of the car were removed and the vehicle was towed.