Kitchener man responsible for four deaths back behind bars

Kitchener man responsible for four deaths back behind bars 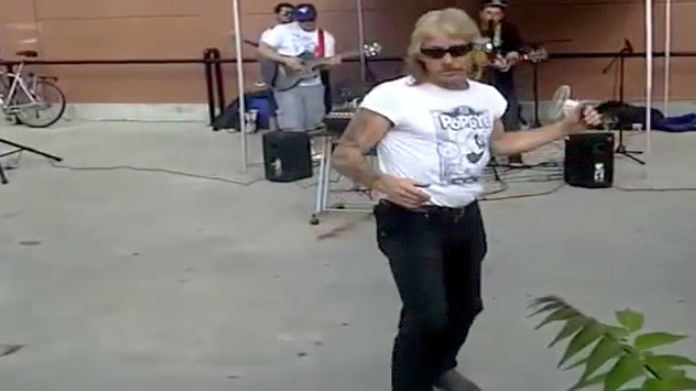 Kevin Koehler, who is charged with second-degree murder in the death of Mary Anne May, is seen in this image taken from a Youtube video.

A Kitchener man responsible for the deaths of four people is back behind bars after breaching the terms of his statutory release.

Kevin Koehler pleaded guilty in 2015 to manslaughter in the death of his roommate Mary Anne May in 2013.

He was released in April after serving two-thirds of a twelve-year sentence.

His release came with a number of conditions including:

A parole board decision says the 57-year-old waived his right to a hearing on May 31, and decided to revoke his statutory release after he became involved in a relationship with a woman and did not report it as required.

The board says it is concerned Koehler's pattern of behaviour is "uncomfortably close" to that which led to his past offence.

In 1985, Koehler was behind the wheel during a high-speed chase and fiery crash near Walkerton that killed two teen girls, Christine Lindsay and Helen Wattam, who were passengers in Koehler’s vehicle. An OPP officer, Const. Donald Campbell, was also killed.

He spent nearly three years in prison for that.

Many trapped in Florida as Ian heads toward South Carolina

Rescue crews piloted boats and waded through flooded streets Thursday to save thousands of Floridians trapped after Hurricane Ian destroyed homes and businesses and left millions in the dark. The destruction began to come into focus a day after Ian made landfall in Florida as one of the strongest hurricanes ever to hit the U.S.

The RCMP says Jeremy MacKenzie's arrest was not influenced by Conservative Leader Pierre Poilievre's request to have the Mounties look into comments about his wife.

Quebec's immigration and labour minister claims that newcomers to the province "go to Montreal, don't work, and don't speak French," though he later tweeted he expressed "his thoughts badly."

FinTok: How TikTok is changing financial literacy in Canada

Financial TikTok – or FinTok – has become one of the most popular trends on the platform, and is emerging as a go-to resource for Gen Z and millennial audiences looking to learn how to invest, budget or even spend more wisely.

Russia to annex more of Ukraine on Friday at the Kremlin

Russia planned to annex more of Ukraine on Friday in an escalation of the seven-month war that was expected to isolate the Kremlin further, draw it more international punishment and bring Ukraine extra military, political and economic support.

A rift has emerged in the Danish royal family following a decision by Queen Margrethe to strip four of her eight grandchildren of their royal titles in order to "future-proof" the monarchy.

What may be the broadest and longest study to date has found Canada's Arctic Ocean is growing more acidic up to four times faster than any other sea on the planet.

Diabetes risk twice as high for those who feel lonely: study

People who feel lonely are twice as likely to develop Type 2 diabetes, according to a new Norwegian study that analyzed data collected from more than 24,000 people over more than 20 years.