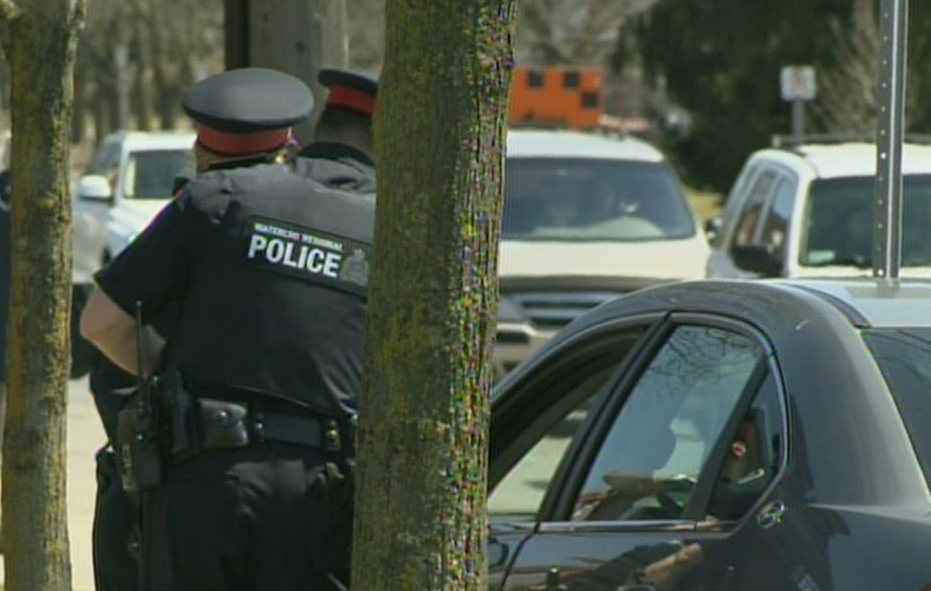 The mother of a Kitchener man placed under arrest Wednesday says she’s unhappy with how police treated her son.

“Some of the officers were very polite, a couple were very rude,” Mary Eileen Jenkins tells CTV.

“That’s not the way you cope with people. They’re supposed to help people.”

Jenkins’ son, 22-year-old William Jenkins, was arrested on an outstanding warrant regarding a family-related assault, breach of probation and failure to attend court.

Police say they received a tip that Jenkins was at an address on Highland Road near Belmont Avenue.

Several units were sent to the area, where Jenkins was taken into custody – but not before his mother and several other residents of the complex came out to object to the arrest.

Mary Eileen Jenkins says she thinks fewer officers could have been sent to arrest her son.