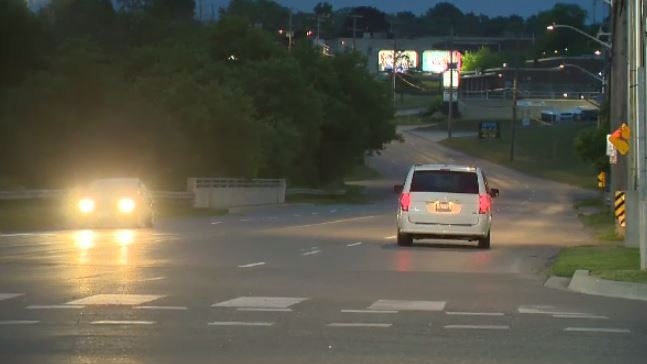 In a report presented at council, city staff not that approximately 5,000 vehicles per day use that stretch of Krug Street.  And, there is a high rate of speed at 58 km/hr, which is in the 85th percentile in the city.

Council has approved a plan to remove a number of parking spaces along Krug to make way for the bike lanes.

Staff approved the move, but noted that the consultation on the Krug Street changes took place on May 18th, 2017 – more than two years ago.

During the meeting, coucillor Scott Davey questioned the amount of public feedback saying, “Basically, residents are going to wake up one morning and see that bike lanes are being painted in front of the street without any notification, is that correct?”

The city’s Director of Transportation Services, Barry Cronkite said during the meeting it was correct.  But more consultation will follow, “there is an opportunity for public engagement, which was planned but as the pandemic continues on, we're starting to investigate ways to deliver virtual public meetings and so there's still an intent to engage the community before a permanent change would be made.”

The total cost of the plan is $585,000, which is being paid by the Ontario Municipal Commuter Cycling program.

The grant expires at the end of the year.

The plan adds $55,000 to the yearly winter maintenance budget.