'Keychains for Kelly': How a boy is helping raise money for a stranger with cancer

ST. MARYS -- A young boy from St. Marys, Ont. is raising money for another family dealing with a devastating cancer diagnosis.

After Jaxon Steffler's mom told him about another mom living in their small town, he felt he had to help her despite never meeting her before.

Thirty-eight-year-old Kelly Taylor, a mother of four, received her diagnosis in March.

“She started out with colon cancer stage four which had spread into her liver. Two weeks later, she was in the hospital for headaches and found out she had spots on her lungs and a brain tumour,” Taylor’s sister Julia White told CTV News. 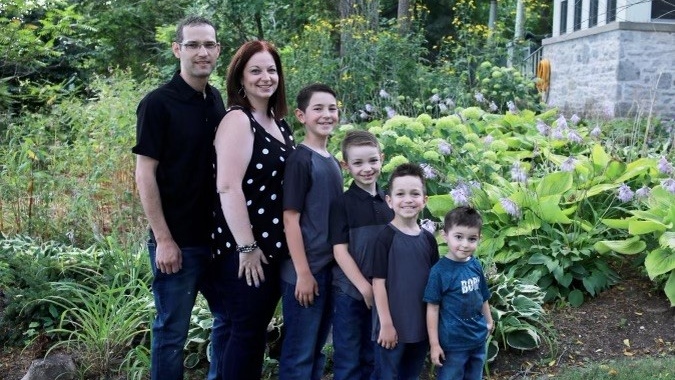 Even though 10-year-old Jaxon had never met Taylor before, her story inspired him to start making and selling beaded keychains to help raise money for her family during this time of need.

He calls it "Keychains for Kelly."

“When I learned about Kelly I decided to make keychains inside this heart shape to help her out,” Jaxon said. “The reason why I chose a heart shape is because the compassion.”

He said keychains are available for any donation people can give.

So far, the Grade 5 student has raised $1,500 hoping to help a family that just like his, has four children.

White said her sister is now back home recovering from brain surgery and she has also begin chemotherapy and radiation. Taylor was very humbled and “an emotional wreck” when she was told about Jaxon’s efforts to support the family.

“Her husband is home taking care of the four kids and her, so he’s not working.”

A GoFundMe page started on behalf of Taylor by loved ones states, “With no extended health care coverage, this family is facing unimaginable challenges and pain during this emergency situation.”

Each keychain is made by hand by Jaxon. However, he has recruited some of this siblings and family members to help keep up with demand.

"Keychains for Kelly" are sold at multiple locations.

“There’s many places through St. Mary’s that are holding the keychains. Delmar Foods, the golf course, Hearn’s Ice Cream, and Little Ceasars has some,” White said.

Owner of Hearn’s Ice Cream, Bob Hearn, says he previously worked with Jaxon’s mom to raise money for a local hospital. When he heard about the keychains it was a no brainer to help out. He has also promised to match all donations made at his store.

“It’s just a wonderful thing that you can teach someone young to help out,” Hearn said.

“In a small town. It’s definitely not the first time and it won’t be the last, and people are willing to help out in any way they can,” he added.

“I just wanted to help out. Because that’s what I want to do. Help out,” Jaxon said before selling his heart shaped keychain to a stranger in front of Hearn’s.

All of the money raised by the Keychains will be going directly to the Taylor family.