A fiery crash shut down a Stratford street on Tuesday and witnesses tell CTV News one of Justin Bieber's family members was allegedly involved.

Marty Denham was outside his shop when he heard a loud noise on Lorne Avenue West and saw one vehicle had collided with another.

"I had my back to it, I turned around, there was probably a five-count and the entire car blew up behind them," he said.

One of the vehicles was consumed by flames almost instantly.

That's when Denham saw a woman jump out of the car to safety.

"We thought we were watching a person die because we thought the girl was the passenger."

Denham said one of the people involved in the crash was Kathy Bieber, who is married to the pop star's grandfather on his dad's side of the family. 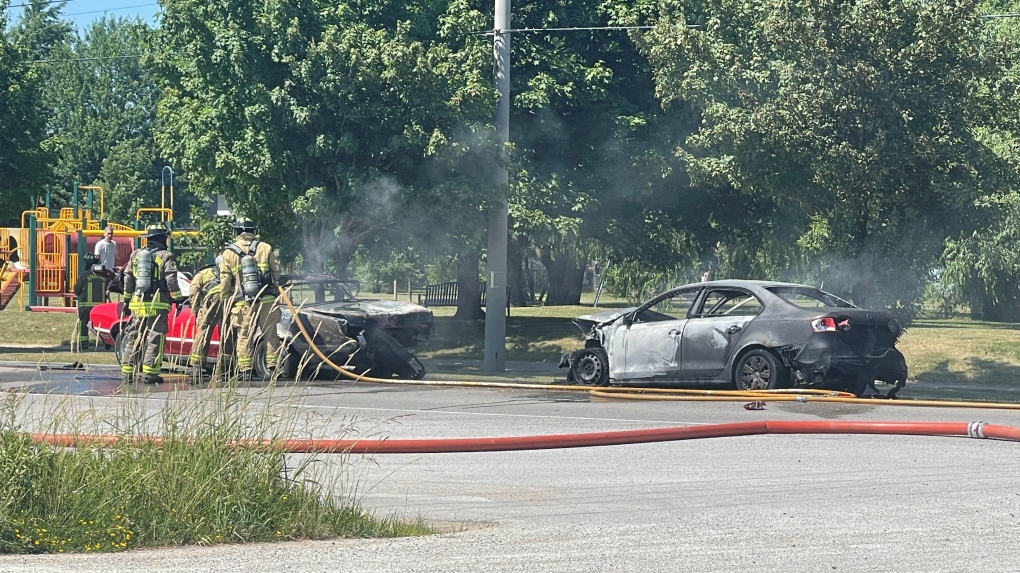 "I was more concerned that they weren't dead, because it was like a movie," he explained.

"Thankfully everyone made it out," said Taylor Tessier, another witness to the crash. "First aid was already being done on scene."

Tessier was working across the street at the time of the collision and heard the emergency sirens from first responders.

She was amazed that no one appeared to be seriously hurt.

"Made sure everyone was OK before I even bothered taking a picture or video of it, but I'm kind of glad I got pictures and video because that was crazy," Tessier said. "It's not something you see every day." 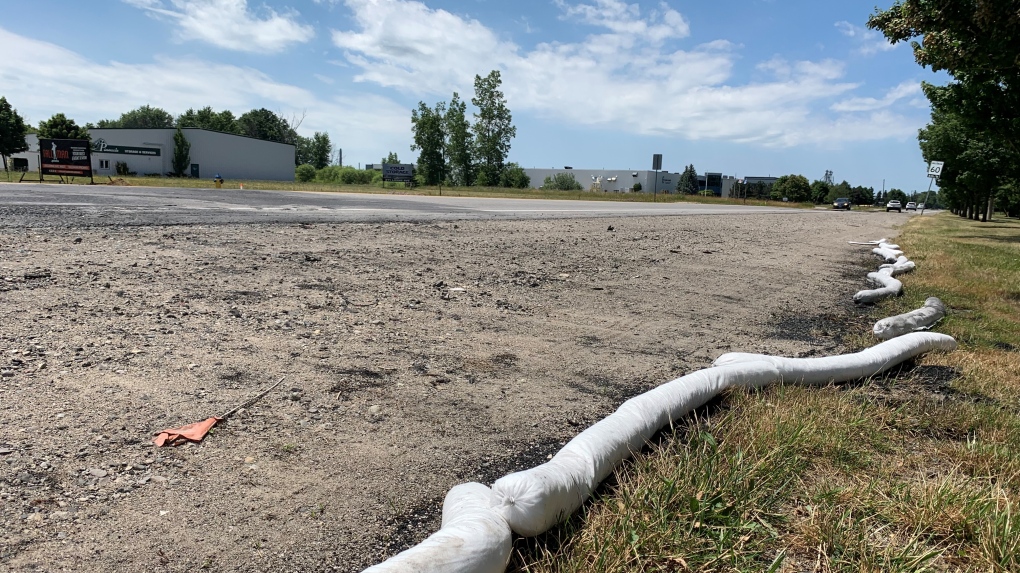 Damage can still be seen on Lorne Avenue West in Stratford, Ont. days after a fiery crash. (Colton Wiens/CTV Kitchener)

CTV News reached out to the Stratford Police Service on Sunday. They did not respond to our request for comment or our questions about whether any criminal charges have been laid since Tuesday.

Justin Bieber started his singing career by busking on the steps of the Avon Theatre in Stratford, and has since gone on to become one of the biggest pop stars in the world.

Transport Minister Omar Alghabra told the House of Commons transport committee the COVID-19 pandemic and resulting labour shortages are to blame for the significant wait times at Canadian airports, and said the ArriveCAN app is here to stay.

A 81-year-old Danish woman traveling from Africa to Canada was arrested at Warsaw airport on suspicion of illegal possession of heroin worth over US$515,000, officials in Poland said Friday.

A prominent Quebec cardinal is denying sexual assault allegations against him contained in a class-action lawsuit that was formally filed this week in Quebec Superior Court.

Back to school: A look at the COVID-19 rules in place across provinces, territories

As students across Canada gear up to enter what will be their fourth academic year in the pandemic, CTVNews.ca takes a look at what measures will be in place in schools, by province and territory.