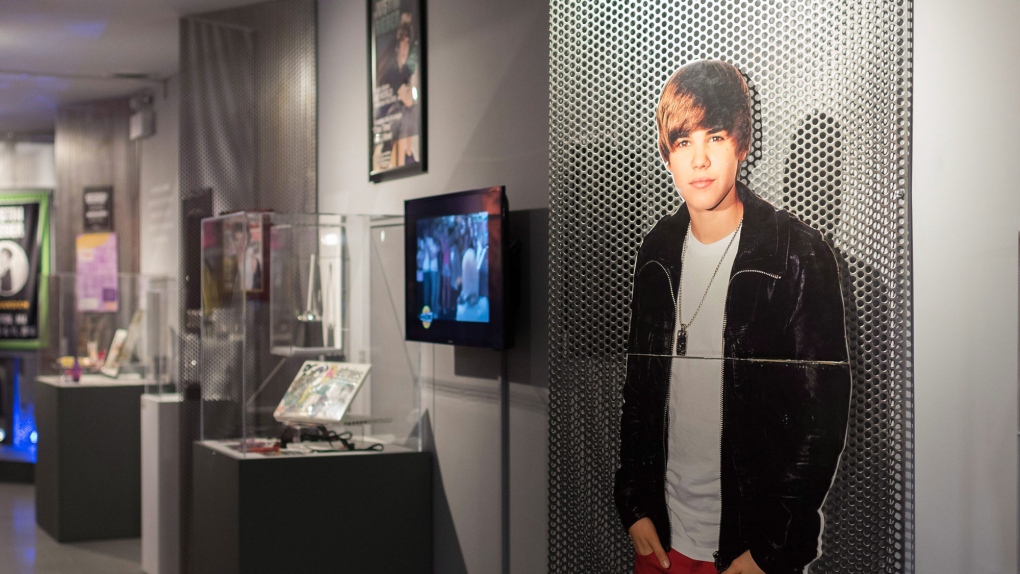 Various memorabilia sits at the Stratford Perth Museum for the Steps to Stardom exhibition about Justin Bieber in Stratford Ont. on Saturday, Feb.17, 2018. THE CANADIAN PRESS/Hannah Yoon

An exhibit dedicated to Justin Bieber in his Stratford, Ont., hometown will be sticking around for at least another year.

Organizers at the Stratford Perth Museum say that Steps to Stardom, a collection of mementoes from the pop singer's hugely successful music career, will be extended until October 2019 before it undergoes another review.

The display opened in February and was originally slated to close at the end of this month.

But John Kastner, general manager of the museum, says an influx of visitors from across the world easily smashed attendance records set by the Anne Frank House exhibit three years ago.

With roughly 10 weeks left to account for this year, the museum says it's already seen 18,000 people come through the doors. The Frank exhibit helped draw 11,000 visitors in 2015.

Steps to Stardom features an array of Bieber goodies, including a Grammy Award, microphones he's used and a professional drum kit he owned as a youngster.

Kastner expects to refresh some of those items next year with new memorabilia, including a minor hockey jacket that briefly went on display a few months ago before it was pulled from the exhibit.

"So many people tried to put it on that we took it out," he said in an interview.

The jersey will be re-introduced into the collection next year encased in glass.

Other items that will be added include a basketball jersey Bieber wore during the 2018 NBA all-star celebrity game, T-shirts from his road crew and an array of fan art that's been collected by the museum from around the world.

Bieber himself has stopped by the museum for a few surprise visits this year, Kastner said, sometimes bringing friends, his partner Hailey Baldwin and recently showing up alone for a few minutes. His mother Pattie Mallette and Bieber's grandparents have also shown up.

Kastner said one of the most common questions asked by fans is for a schedule of when Bieber might visit.

"We barely know ourselves," he said.