A flood of sewage in the Bridgeport area of Kitchener has caused a major traffic headache that's expected to last for weeks.

The roundabout at Lancaster and Bridge streets remains closed as crews work furiously to repair damage from a wastewater leak that happened Tuesday afternoon.

A sewer pipe that runs underground burst, with water pressure seemingly strong enough to break parts of the concrete above it. 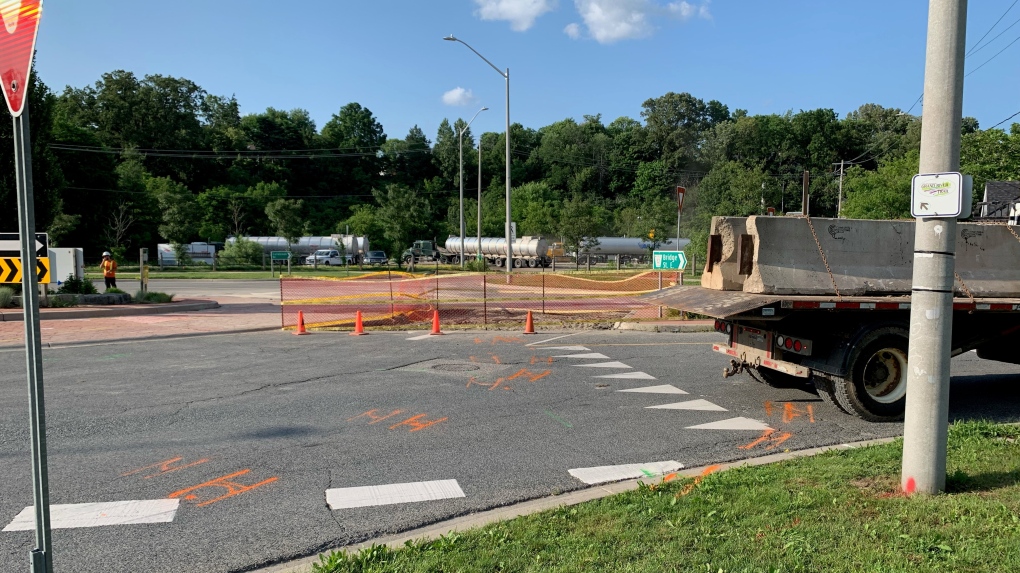 "It stunk to high heaven, I'll tell you that," said Tony Wojnowski, who lives near the roundabout. "It wasn't appetizing, let's put it that way."

"I saw a geyser of poop, that is basically what was coming out of the ground there," said one witness.

"It was just bubbling out of the road like crazy," added another.

One witness said the water flow appeared to be about two feet high at one point.

Regional officials said the leak was from the nearby Bridgeport Pumping Station. They said there is no risk to public health from the leak and drinking water hasn't been affected.

The Bridge Street and Lancaster roundabout is closed while repairs are underway. The project is estimated to take a couple weeks to complete. Please avoid the area during this time. Stay tuned to local media for updates. We will also provide updates along the way.

"I was wondering why there was so much traffic, I looked over the bridge and seen at the roundabout that there was water spouting through the middle, from underneath the asphalt and it was really smelly and gross. I had never seen that before" said Loralei Brideau, who was biking in the area when the incident occurred.

"I just wanted to get out of there so I was trying to miss the water overflow with a bike and managed to do so, beating all the cars," she continued.

Officials say repairs could take "a couple of weeks" to complete. During that time, the busy roundabout will remain closed. 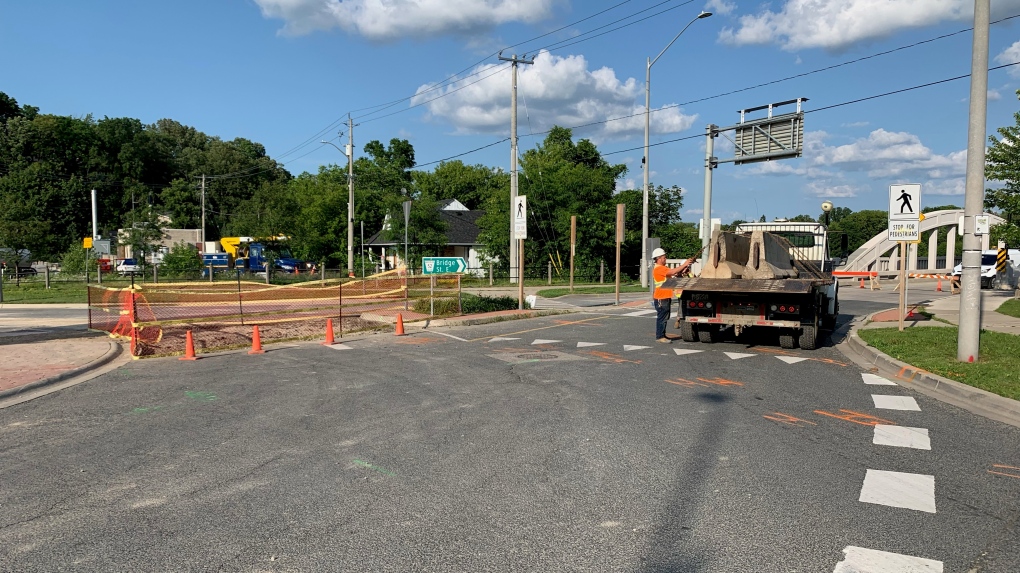 "A plan for repairs is underway, however, the work is complex due to the depth of the excavation and the amount of buried infrastructure in the area," reads a statement from the Region of Waterloo.

Kitchener councillor Scott Davey posted on social media Monday night that the roundabout and bridge will be closed for one to two weeks.

The Ministry of the Environment is aware of the spill but has not yet confirmed whether or not there will be an investigation into how the Grand River or its watershed may have been impacted.

Update on the Bridgeport wastewater break--

Due to the complexity of the location, the Roundabout & Bridge will be closed for 1-2 weeks.
I know this is not the news local residents wanted to hear. I'm receiving calls but this is @RegionWaterloo infrastructure...

LIVE at 3:30 MST | Shandro to be replaced as Alberta health minister in Kenney cabinet shuffle: sources

Liberals return to Alberta, and 5 other surprises in the election results

CTVNews.ca looks at some of the biggest surprises of election night, including the ouster of three cabinet ministers.

There are a number of young pregnant women battling COVID-19 in intensive care units across B.C., all of them unvaccinated, according to health officials.

5 political rookies to watch in the 44th Parliament

While the election result means a host of old faces will soon return to Ottawa for the next session of Parliament, a handful of notable newbies will also make their way to the Hill too, each with a unique storyline.