'It's not a raceway': Man paints sign at intersection to slow drivers after his dog was hit 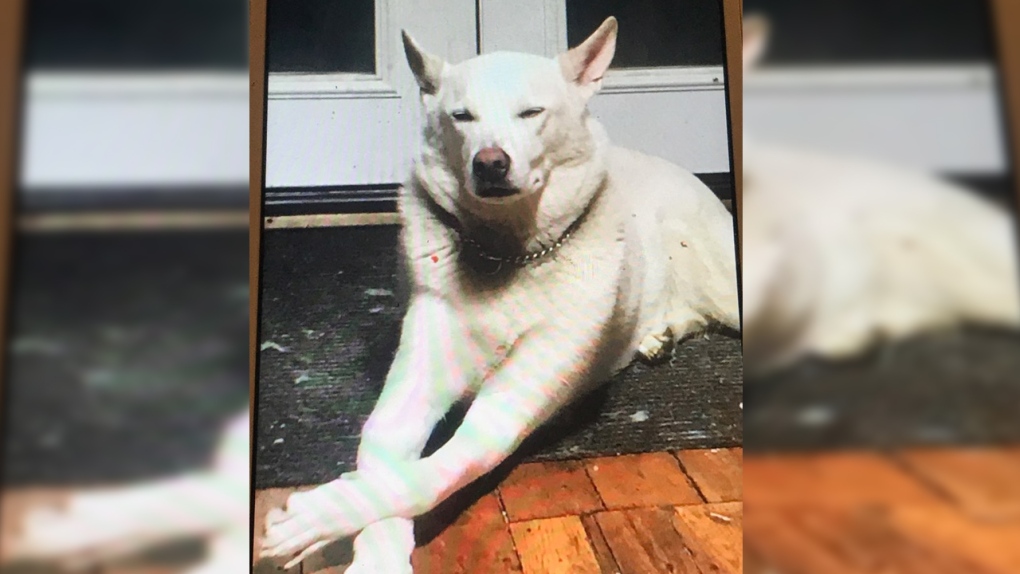 Walter was hit and killed in October of 2018 by a driver who was reportedly going too fast. (Courtesy: Abraham Pearson)

KITCHENER -- A Cambridge man is trying to get drivers to slow down with spray-painted signs.

Abraham Pearson began taking matters into his own hands after his dog, Walter, was hit by a driver who Pearson says was speeding.

That was on Fountain Road near Shantz Hill Road back in October of 2018.

"He came out maybe this much," Pearson remembers, gesturing with his hand. "A car came up the street and just hit him so hard he just went flying."

Pearson says a veterinarian told him that the car must have been going very fast for his dog to have been injured the way it was.

Fountain Street is a regional road that was reconstructed in 2018.

Since, the Cambridge resident has painted signs that read "NASCAR" and "slow down" near the intersection.

"(It's) something to make the people on this street slow down because they just can't seem to get the message that it's not a raceway," he says.

Pearson is banking on these signs to encourage drivers to pump the brakes.

Down the road, Addy Verhoeven brought his own concerns to the region, creating a petition calling for traffic safety measures in his neighbourhood.

"There was a gentleman that came through here I think last June or July, and the speed he was travelling, and he lost it in the corner, he hit a wall and it just destroyed his car there," Verhoeven remembers.

He says that, of the 57 homes along his street, 54 people signed the petition.

The region says it's aware of the complaints, although no formal complaint for the section that Pearson painted the signs.

He says the average speeds were in the low 50-kilometre per hour range and that no further action was taken.

Henderson says the region could consider a speed sign to remind drivers of the speed limit there.