Cheryl Martin has been writing stories since she was a young girl.

She said she has always wanted to be a published author.

Now, her dream may become a reality.

“It's just that boost to say ‘hey, I can be a serious author,” Martin said.

She is a top-three finalist in an international writing competition.

Ethicool Books, a publishing company based out of Australia, started a contest asking aspiring authors to write a children's book inspired by a single picture. The winner will have their book published.

The picture shows a crying dragon in a library with a raccoon reading the dragon a story. 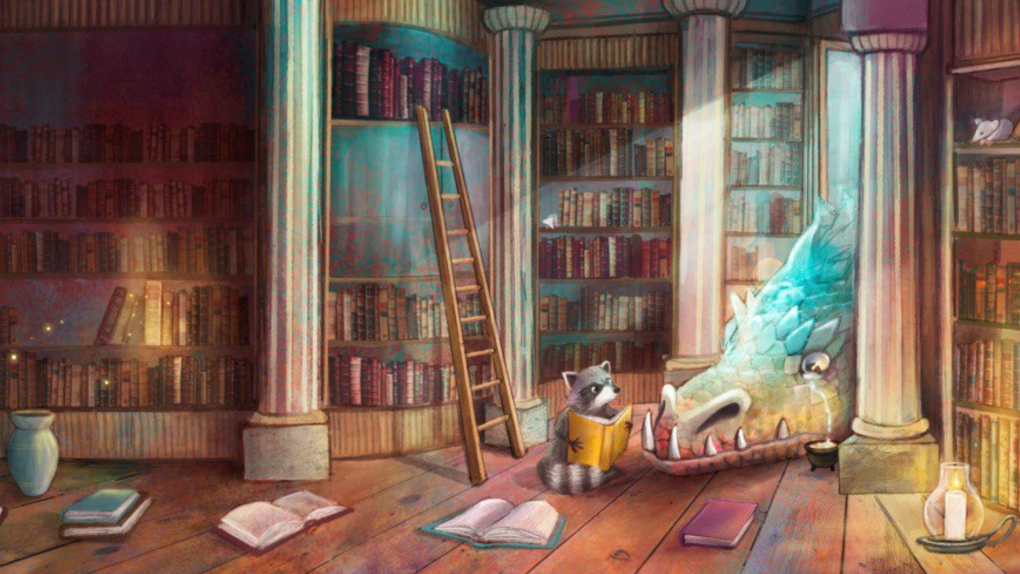 The drawing Cheryl Martin had to base her story on. (Courtesy of Ethicool Books)

“This year's illustration was by an artist named Stella Mongodi and then we were given a theme of education, equality, and the importance of reading,” Martin explained.

Based on that drawing, Martin wrote a story called Better Than Fire. It’s about a dragon who can’t breathe fire and sets out on a quest to find answers. Along the way, the dragon discovers a library, ancient storytelling, and a new friend. In the end, the dragon discovers something potentially better than fire.

“Having a strong sense of adventure, having a strong plot line and having a surprise at the end is what really keeps children engaged,” Martin said. “So you can have that moral, that lesson about education and literacy, but it's subtle and it's in a way that kids want to keep reading the story.”

The publishing company said more than 5000 people from across the world entered the competition. Martin was chosen as a top three finalist.

“When I got that e-mail a couple of weeks ago, I had to get my husband to read it twice. Like is this real? Did I actually make it to the final list?,” Martin told CTV News.

The publishing company said the shortlisting process was very vigorous and said a key component is when the author can balance the writing style “using interesting and well-executed writing techniques, while also establishing a clear outline of character and plot.

Teigan Margetts, the co-founder of Ethicool Books said Martin did just that.

The winner will now be decided by an online vote. Margetts said it’s important the consumers decide which story will get published.

“We thought who better to vote on what story they see come to life than the people that will end up buying that story and loving it,” she said.

Voting ends June 30 and the winner will be announced July 4.

Martin said she hopes she can get enough votes to win, but if she doesn’t, she said the support she’s been receiving has left her feeling even more inspired.

“Hopefully Better Than Fire actually can get published next May and be on bookshelves, but I’ll still keep writing, no matter what.”