A Waterloo Region dog walking and training company is working to settle separation anxiety for our four-legged friends as many workers pivot back to regular office hours.

With COVID-19 pandemic restrictions loosening, Clair Guistini says Packlife Dog Retreat has more than doubled its business in the past two months.

"We're trying to work our schedule around that to help them because not all people can drop off between 9 and 5," she said. 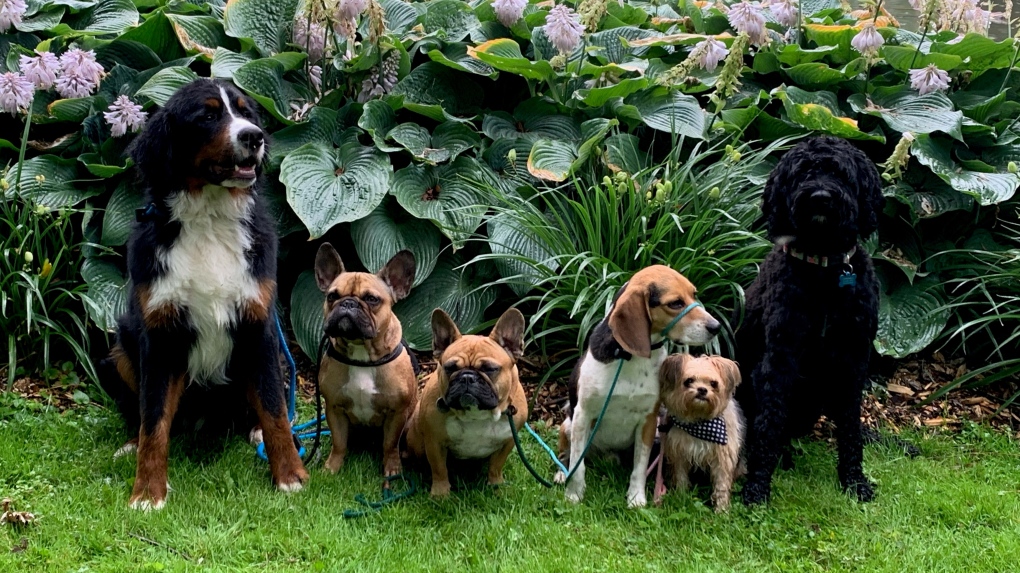 But the return to more regular work schedules and the office means more pooches at home alone through the day.

Melissa Remzi, also with Packlife Dog Retreat, says most of the 40 dogs they work with are dealing with some kind of separation anxiety after being with their human companions non-stop for more than a year.

For pet owners like Donald Carswell, tackling that anxiety is top of mind.

"We actually started sending her for the pack days with Clair and Mel before we were going to be actually out of the house," he said.

Guistini and Remzi say they work hard to make sure every dogs' needs are met as owners transition back to the office.

Putting paws to the pavement is an important step not only to ensure not only exercise but enrichment for the pets.

"When she comes home she's like fully met all of her needs, super fulfilled and then she just gets to chill with us," said dog owner Carine Carswell.

Packlife Dog Retreat is looking to open a facility in Aberfoyle to meet the growing demand.