Members of Ontario's Special Investigations Unit (SIU) are investigating after a 22-year-old man was shot by police during a wellness check in Cambridge.

The man sustained serious injuries. As of Monday, he was being treated in a Hamilton hospital.

It happened on Saturday at a home on Ironstone Drive. At around 12:25 p.m., Waterloo regional police responded to a wellness check.

The SIU said multiple officers arrived on scene where they located a 22-year-old man outside.

Following an interaction with the man, an officer discharged their firearm four times, striking the man twice.

He was taken to hospital with serious injuries. 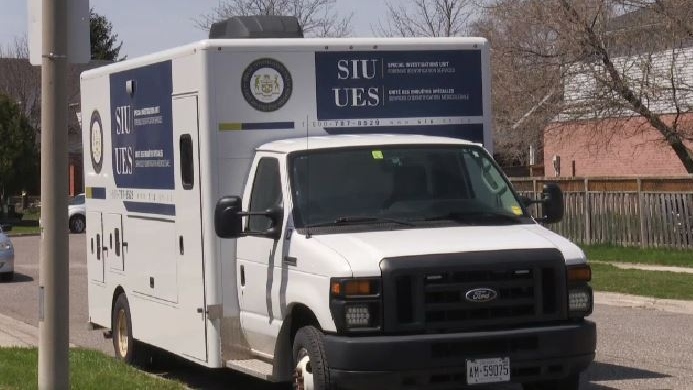 An SIU vehicle at the scene of a police-involved shooting on Ironstone Drive in Cambridge, Ont. (Apr. 24, 2022)

On Monday, the SIU said its investigators were speaking with the four officers who witnessed the shooting, including the officer who discharged the firearm.

Investigators are also hoping to speak to anyone in the neighbourhood who witnessed the shooting.

“They’re in the middle of conducting a number of interviews with civilian witnesses and the subject officials as well and the witness officials,” SIU spokesperson Kristy Denette said. “Also the investigators are looking at CCTV footage and any other evidentiary information going forward at this time.”

The SIU investigates incidents involving police where there has been a death, serious injury or allegation of sexual assault.