KITCHENER -- A collision in Kitchener's Wilson Park area on Thursday night was blamed for a power outage affecting nearly 2,000 customers.

They say the driver of a vehicle lost control, hit and knocked down a hydro pole, and then crashed into the corner of a home. 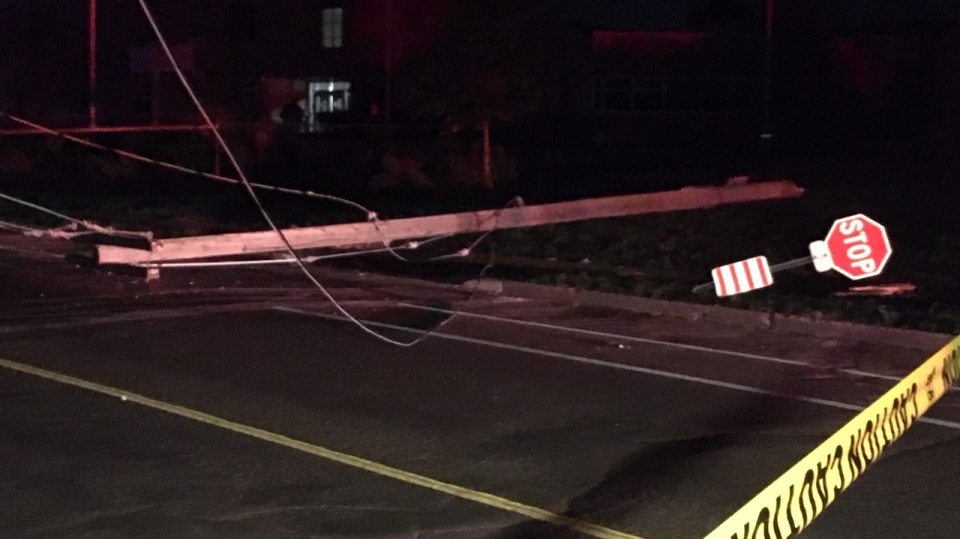 Some residents tell CTV News they heard what sounded like an explosion, saw sparks when the hydro pole went down, and also saw a stop sign knocked over as well.

The car had appeared to also go through a fence before hitting the corner of the home.

Residents say it was a community effort to get the driver out of the vehicle, with others trying to redirect traffic until police arrived.

"At first there was smoke coming out of the car and there was gas on the lawn," said resident Rishi Patel. "Everyone was hesitant at first, because an explosion may happen, but the guys actually came and everyone came through.

A 63-year-old Kitchener man was arrested and charged with impaired operation of a motor vehicle.

Regional police are asking anyone who may have witnesses the crash to call them.

Kitchener Wilmot Hydro reported an outage affecting 1,995 customers in the area, listing the cause on its website as a “motor vehicle collision.”

Power has been restored to more than 1,600 customers impacted by tonight's outage in #Kitchener. Crews continue to work to get power restored to the remaining customers still out. The ETR for customers still affected is 12:45 a.m. Thanks for your patience. https://t.co/d8uZsPF2re

On Friday morning, the site was reporting no outages.

Some residents of the area tell CTV News they got power back around midnight, while others had to wait until 6 a.m. the next morning.

The affected neighbourhoods include Kingsdale and Vanier.