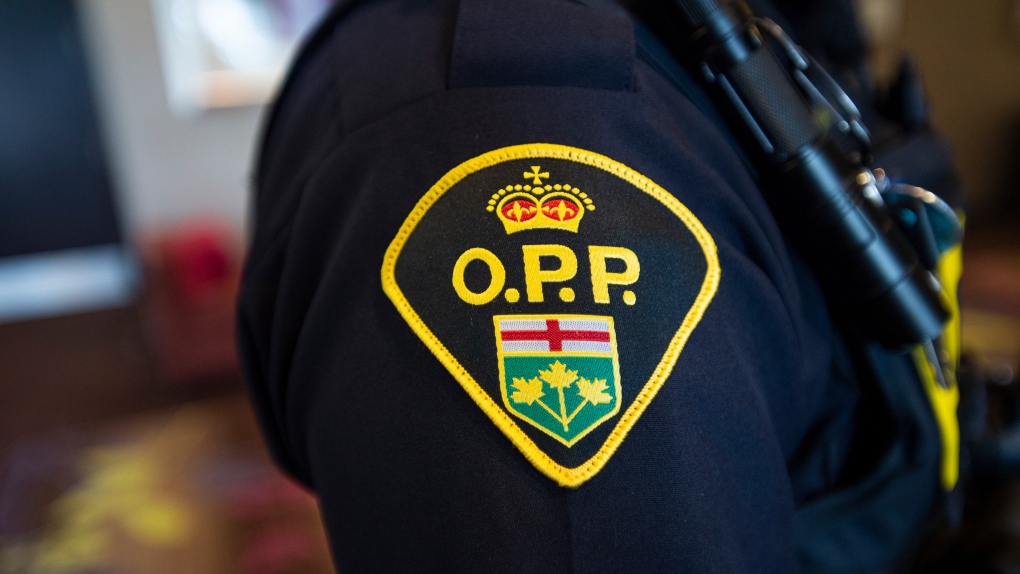 An Ontario Provincial Police crest is displayed on the arm of an officer during a press conference in Vaughan, Ont., on Thursday, June 20, 2019. THE CANADIAN PRESS/Andrew Lahodynskyj

When emergency crews responded, they say a sports car was travelling westbound when it left the road, colliding with two parked vehicles. One of those vehicles hit a third parked vehicle, which then hit a residence. The three parked vehicles, a home, a tree and three front yards were all damaged in the crash.

A homeowner in the area helped the driver, who wasn't injured, and put out an engine fire.

Police say officers believed the man was drinking alcohol and he was displaying signs of impairment. The man provided two breath samples and he was over the legal limit, according to police.

A 45-year-old Stratford man has been charged with operation while impaired and operate while impaired, blood alcohol concentration above .08.

He was released from custody and is scheduled to appear in court on Sept. 21.