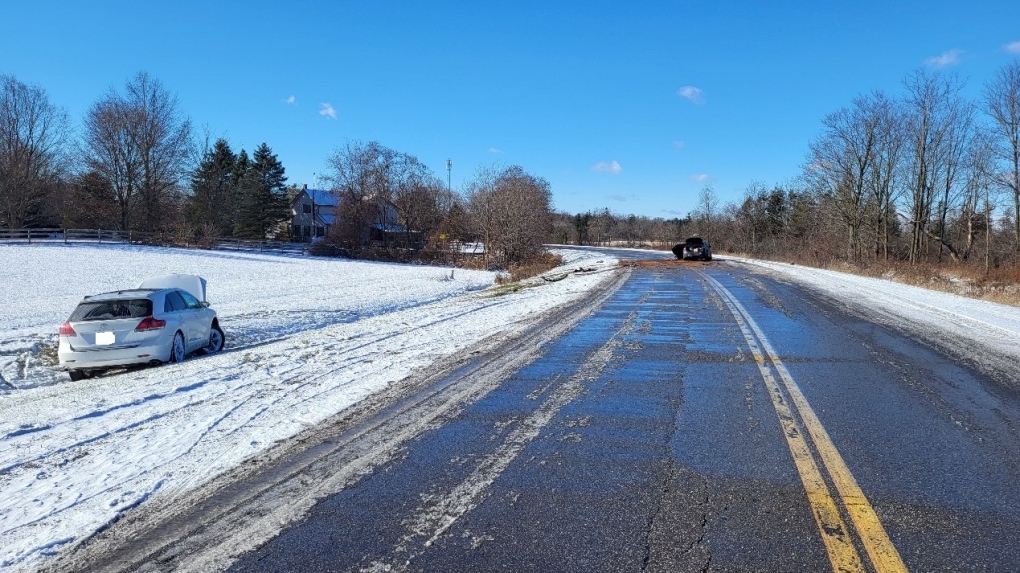 A crash on Sunday in Brant County involving an impaired driver. (OPP)

A 39-year-old from Kitchener has been charged with impaired driving following a morning head-on collision on Sunday.

Brant County Ontario Provincial Police (OPP) said the collision happened around 9:30 a.m. on Highway 54 near Painter Road in the County of Brant.

It was determined two vehicles travelling in opposite directions collided head-on. There were minor injuries reported, according to OPP.

One person was arrested and transported to Brant County OPP detachment for testing, OPP said.

The 39-year-old from Kitchener has been charged with the following offences:

This is why we have daytime RIDE programs. A 39-year-old from Kitchener is facing Impaired Driving charges after #BrantOPP responded to this head-on collision on #Hwy54 in @BrantCommunity Sunday morning at 9:35AM! Thankfully only minor injuries were reported. @maddcanada ^cv pic.twitter.com/sx1spTy5CQ