'I will miss him for as long as I live': Waterloo man remembered after passing away from COVID-19

KITCHENER -- John Tsai was well-known in the music and hospitality scene in Waterloo Region.

The 41-year-old man died on March 31 after being diagnosed with COVID-19. Now his community is remembering him as a leader and a caring soul with a passion for music.

Tsai was partial owner of a number of nightclubs in the region, including District Nightclub and The Drink Uptown.

"John was one of the most dedicated and hard-working people I ever knew. He cared more about others than himself," says friend and colleague Chad Yurkin.

"He always made time for his friends and family and took great joy in babysitting his niece and nephew."

The niece and nephew in question were the children of John's brother, Steven.

He says he and his brother were close as children, and were just getting reconnected as adults.

"I loved him very much and I'm so sad that I wasn't able to hug him, tell him how much I loved him, and that I would cherish our time together and to say a final goodbye," Steven Tsai says.

The staff at District Nightclub remembers him as more than a boss.

Mitch Forster is the manager there. He says that John was a leader and a role model.

"Johnny was the best of all of us and we are all lacking having him gone now. I am a better person having known him," Forster tells CTV in a statement.

"His legacy will be the love and warmth that he extended to his family and friends. I will miss him for as long as I live." 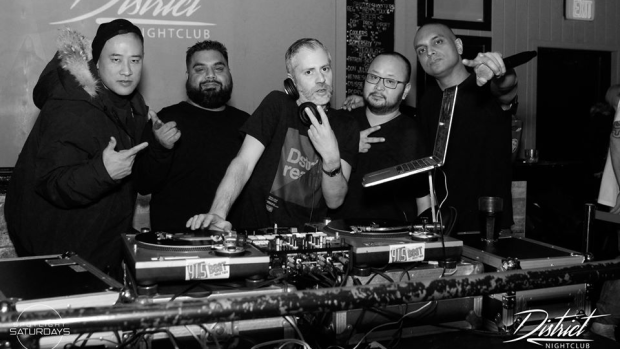 Tsai's death is the first in Waterloo Region from COVID-19.

Region of Waterloo Public Health described him in a press release as having underlying health conditions.

His brother says he had Type-2 diabetes, something he was diagnosed with later on in life.

White House projects up to 240,000 deaths, Trump says 'life and death' at stake

Who gets a ventilator in the COVID-19 crisis?

Vaccine watch: These are the efforts being made around the world

City of Toronto cancels all major events, including Pride parade, until June 30

People claiming to have COVID-19 are threatening to cough on officers: N.S. RCMP

No signs of relief for renters as April 1 approaches