'I wanted a bit of excitement': Centenarian reflects on time in army during Second World War

ROCKWOOD -- Sytske Drijber, who now calls Rockwood home, started her journey in the army in 1943.

She was in her 20s at the time, joining the Armed Forces of the Netherlands.

"I remembered that I joined up in Canada," Drijber said. "I was a teacher and I wanted a bit of excitement."

That decision started a journey that would span years and countries. She started training in the United States before crossing the Pacific to Australia. She became a Dutch intelligence mapper.

"I was in the secret service and my work was to look at photographs that were taken from airplanes," Drijber said. "They were either bombed out areas or boats that looked specific." 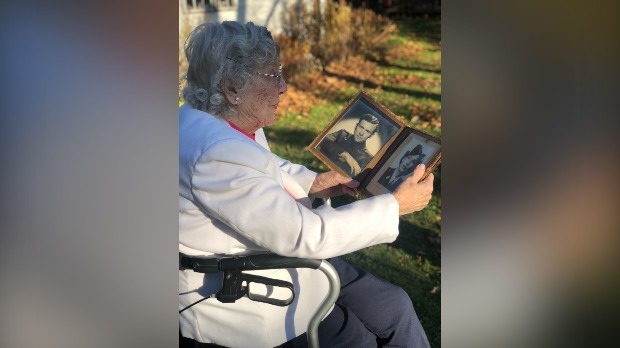 Drijber, now 100 years old, said the job introduced her to Oscar, her husband.

"My husband was a paratrooper spy, double agent you could say," she said.

He'd already escaped prisoner of war camps before they met in 1946.

"He escaped from the famous Colditz camp," Drijber said. "My husband escaped by climbing down into a well and waiting until dark, then climbing out again."

The pair married that year. After the war, they left Holland for a new life in Canada. 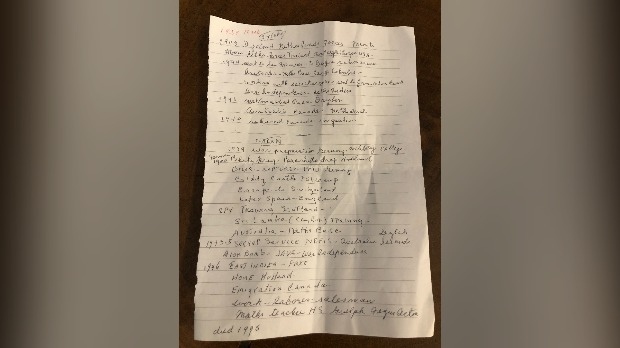 "We moved here, had six children, lived happily ever after," Drijber said.

But, she said they never forgot the challenges and pain of war.

"People don't realize how free they are and what they can do," Drijber said.

Oscar died in 1995. But every year on Remembrance Day, Drijber pauses to remember him and their journey together.