'I heard this loud bang': Fire destroys truck at campground 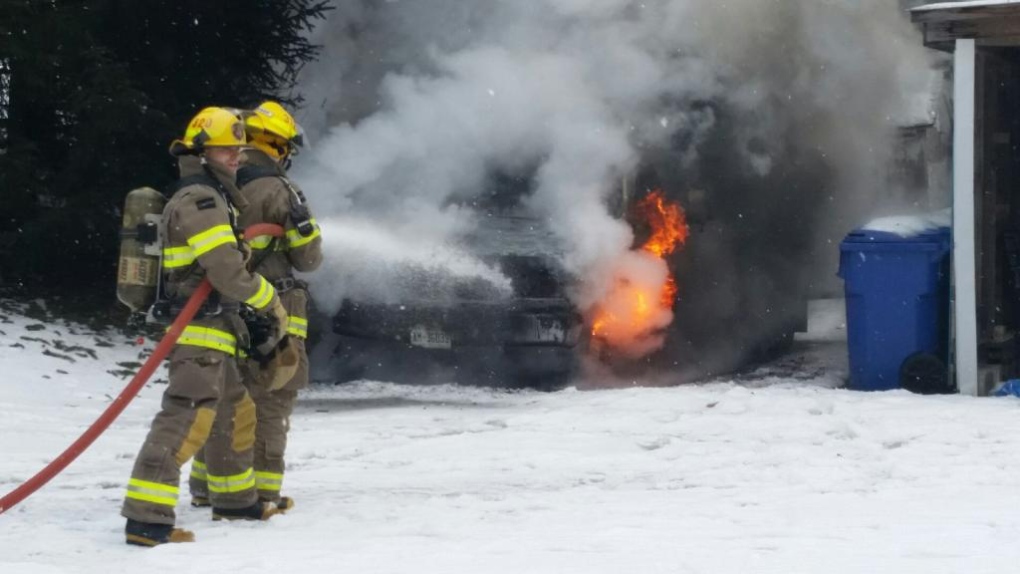 A truck was destroyed by fire at the Nith River Campground on Wednesday, Feb. 8, 2017. (Doug Reilly)

A block heater may be to blame for a truck fire at a New Hamburg campground, firefighters say.

The truck had been parked at the campground for some time. It belonged to Doug Reilly, who said he saw a lot of black smoke out his window.

“I heard this loud bang and the dog started barking like crazy,” he said.

“I grabbed my coat, came running out, and my truck was on fire.”

While the truck itself was destroyed, the fire did not spread beyond the vehicle to a nearby garage.