'I had to say my goodbyes to my brother from the hallway': Remembering Waterloo Region's first COVID-19 victim a year later

KITCHENER -- A typical family gathering to celebrate Chinese New Year turned out to be the last cherished memory of John Tsai.

Steven Tsai recalled that family meal at Crystal Palace in Uptown Waterloo. Amid the bustle and laughter throughout the Chinese restaurant, Steven remembers his brother breaking the news to his family that Kobe Bryant and his daughter had died that day. 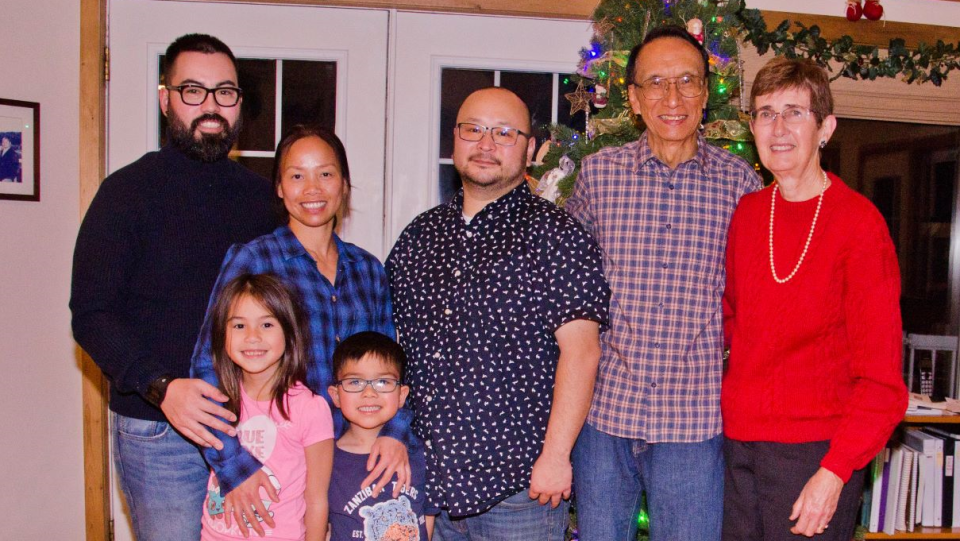 “I was so shocked to hear two people so young being taken away way too soon,” Steven said. “I remember thinking how devastating it must have been for Kobe's wife, children & family to have happen, it was truly saddening.”

“I remember John giving my daughter his shrimp from his plate because he wasn't fond of seafood & she loved eating shrimp. He took my son to look at the fish tank at the front of the restaurant, they played together and took photos.”

Across the street from where they dined, was Ace Ping Pong Bar, one of the bars John ran.  Steven recalled John wanted him to see where he worked. But Steven said no, because the weather was bad, and he wasn’t feeling well.

“I regret not going anyways so that I had one more good memory of being together with him,” Steven said.

On the work front, John was a well-known figure in Waterloo Region’s entertainment industry and co-founded Across The Board Entertainment. He also ran District Night Club and Ace Ping Pong bar along side Chad Yurkin (also known as DJ Whitegold).

Yurkin says John's nickname was Panda, and had a love for old school hip hop. Friends said Common was one of his favourite rappers, with the hypnotic head bouncing song “The Light” being a tune John often listened to.

Yurkin said the team decided to temporarily close their establishments, right before Premier Doug Ford declared the State of Emergency on March 17. Yurkin recalling the last time the pair were in the office together.

“I think he got pho from one of his favourite places,” Yurkin said. “And I remember him coming into the office. You know he hadn’t been feeling that great. But you know, he was over worked is what we kind of thought.”

In the days after closing the businesses, Yurkin texted with John about computer problems and getting payroll sorted.

“So I am in the hospital right now and they suspect I have COVID-19. The reason is my bloodwork looks normal, chest x-rays look normal but I need oxygen,” the message from John said.

“The test will be back in 3 days. I am being admitted to ICU.”

“I just want you to know in case you get any symptoms. I’ll confirm 100% when I get the results back.”

John's brother says they had plans to meet up in person around that time, but that didn’t happen.

“The next time we were supposed to see each other was for my birthday, March 23,” Steven said. “The night before he was put on a ventilator, I asked him if he wanted to video chat with us and the kids, but he said he was feeling really ill and that he would do it the next day. That was the last time I ever spoke with him.”

“I had to say my goodbyes to my brother from the hallway of St. Mary's hospital,” Steven said. “I couldn't hold his hand, let him know that I was there, tell him I love him, and that I will cherish all the moments we shared as brothers.”

John's family and friends are still struggling with his loss.

“You walk into the office and it’s that memory that John’s not coming in,” Yurkin said.  “And it still hits every day. It took me three months. I would get in, and I was frozen, and I couldn’t do anything.”

Meanwhile, John's niece and nephew keep a make-shift memorial in their home. It’s filled with hand drawn pictures, letters, and a stuffed panda bear. John's brother says his children often still sit in front of it and speak silently to their Uncle John. 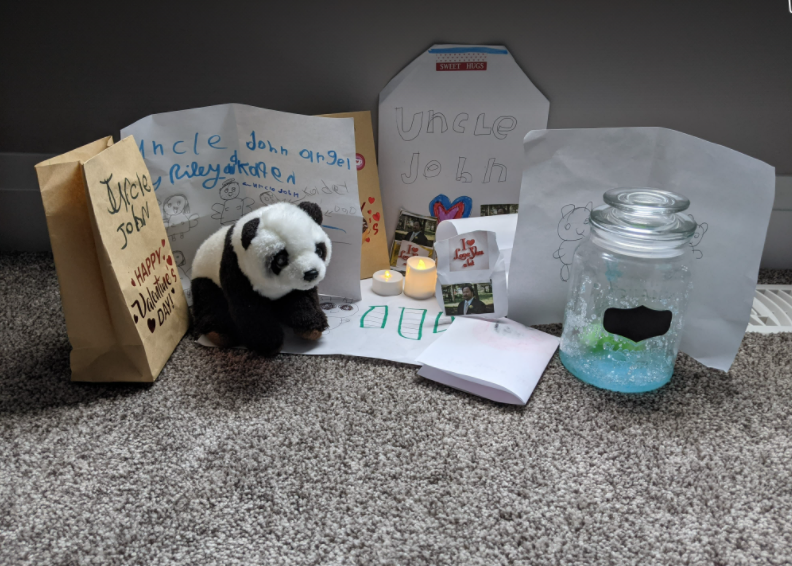 As John's family wait for their vaccines, his brother is urging residents to continue to adhere to public health measures.

“I believe that until someone loses someone they love, or get extremely sick, or have long haul COVID symptoms, then they will know that these restrictions are there for a reason,” Steven said.

“But then, unfortunately it might be too late. If these restrictions can save one more life, I would do whatever I could to prevent it.”