'I don't think I will be home for Christmas': Second World War letter found behind wall of Guelph, Ont. home

GUELPH -- A letter written by a member of the Canadian Armed Forces during the Second World War was discovered hidden behind a wall of a Guelph, Ont. home this week.

According to the homeowner, a contractor who was renovating a bathroom pulled the piece of paper out from behind a wall, where it had been hiding for years.

"I pick it up and I start reading it and I was like, 'Wow, this is a really old armed forces letter from WWII,'" contractor Michal Zjawin said. "I saw the date and everything and I was like, 'That's pretty amazing.'"

"The letter was really interesting to find. Especially how old it is. And I decided I would try to find family members that I can pass it along to perhaps," said Josh Teale, whose bathroom the note was found in.

He said that small piece of paper shared a story of a man who wrote home to his parents to let them know he wouldn't be home for Christmas.

"I wish the war was all over, it would be swell to all be together again," reads the letter, which was dated Oct. 8, 1944. "I don't think I will be home for Christmas this year, mother, but I hope I will be home for the next one."

"He misses his parents," Teale said.

In the letter, the young man responds to his mother's request for a picture of her war son.

The homeownerhas been in touch with the extended family of the man who wrote the letter. Through some research, he discovered that the woman who the letter was addressed to once lived in his home.

"His parents Ellen and Charles and the last name, Billings," Teale said. "I know that the original owner of this house, her name was Ellen Billings."

It's not clear why the letter was hidden behind a wall, but the renovation also led to other discoveries, like an old cigarette pack and a gauge from a car.

Teale plans to get the letter back to the family before the holidays.

"They are really excited and they said it's a lovely Christmas gift for them," Teale said. "To be able to get this piece of their family history." 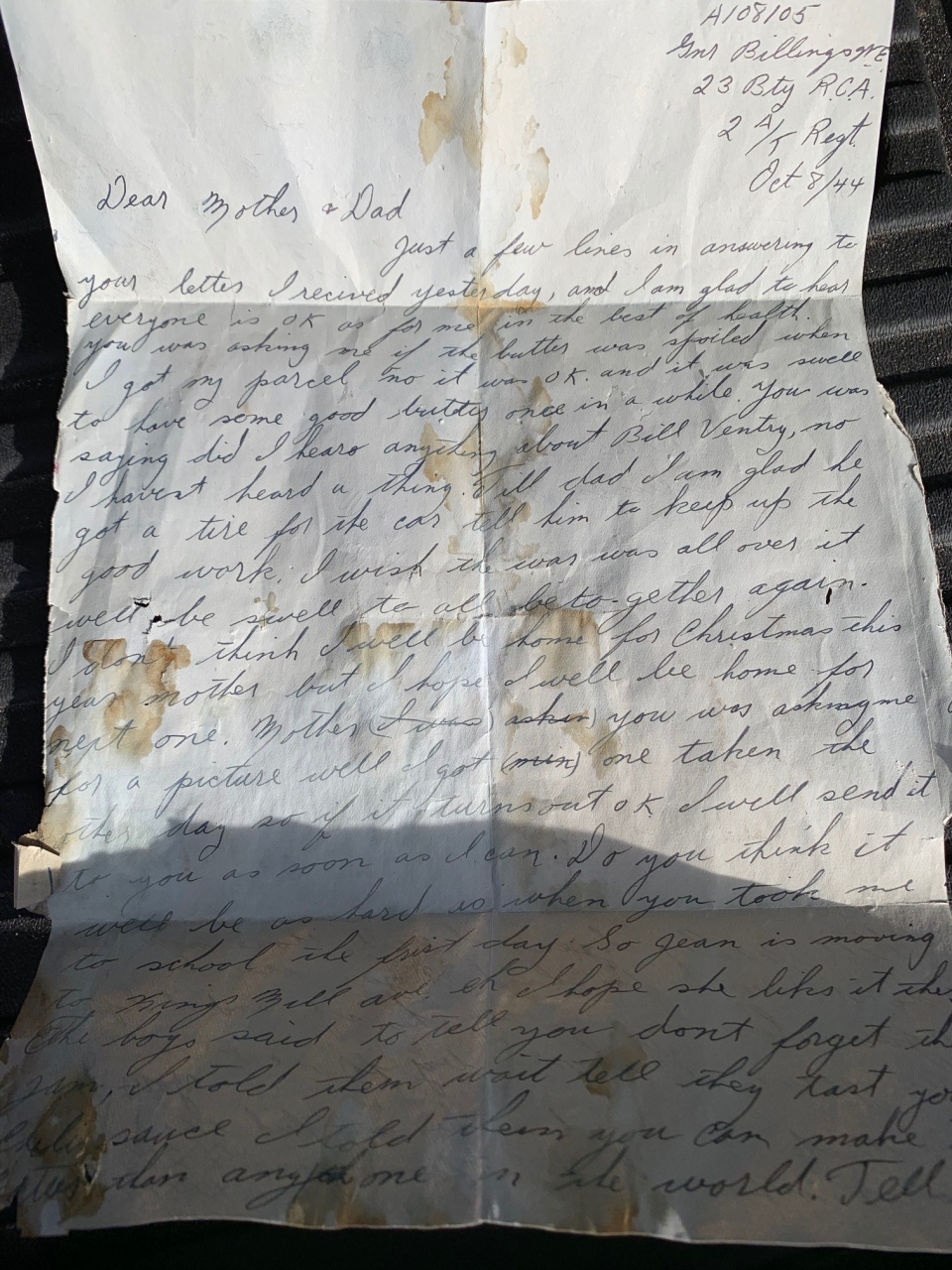