'I can't feel most of my mouth, my gums or the right side of my head': Victim impact statements presented in Stratford impaired driving case​ 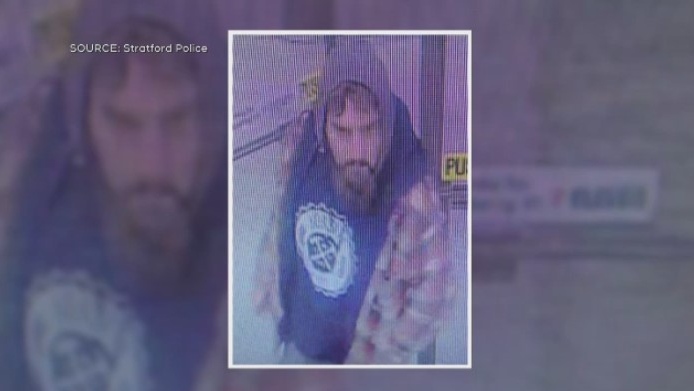 Stratford police released a surveillance photo from the 7-Eleven that led them to Daniel Hamm's home. (Photo/Stratford Police Service)

KITCHENER -- Victim impact statements were read Monday in a virtual court appearance involving a Stratford man who pleaded guilty to three charges related to an impaired driving incident in a 7-Eleven parking lot in January 2020.

According to the agreed statement of facts, Daniel Hamm had been drinking for more than four hours at a nearby brewery before driving his truck at a couple.

Victims Edward Leu and Brittney Pepper appeared over Zoom to read their statements.

“I drive to physiotherapy and have to pass your house and see the truck I was ran over with still sitting in your driveway every day. I can’t feel most of my mouth, my gums or the right side of my head. And that’s permanent,” Leu said in part of his statement.

On Monday, Pepper recalled the incident in her statement as the “scariest moment” of her life.

“I’ve never seen anything like what happened that night in my lifetime. It’s like I was in a horror movie,” Pepper said.

Hamm also appeared briefly over Zoom and apologized for his actions.

The Crown is seeking a prison sentence of 3.5 years, with the equivalent of a five-year driving prohibition and a secondary DNA order.