'I am selling my car': Driver faces multiple offences after driving unsafe car

'I am selling my car': Driver faces multiple offences after driving unsafe car 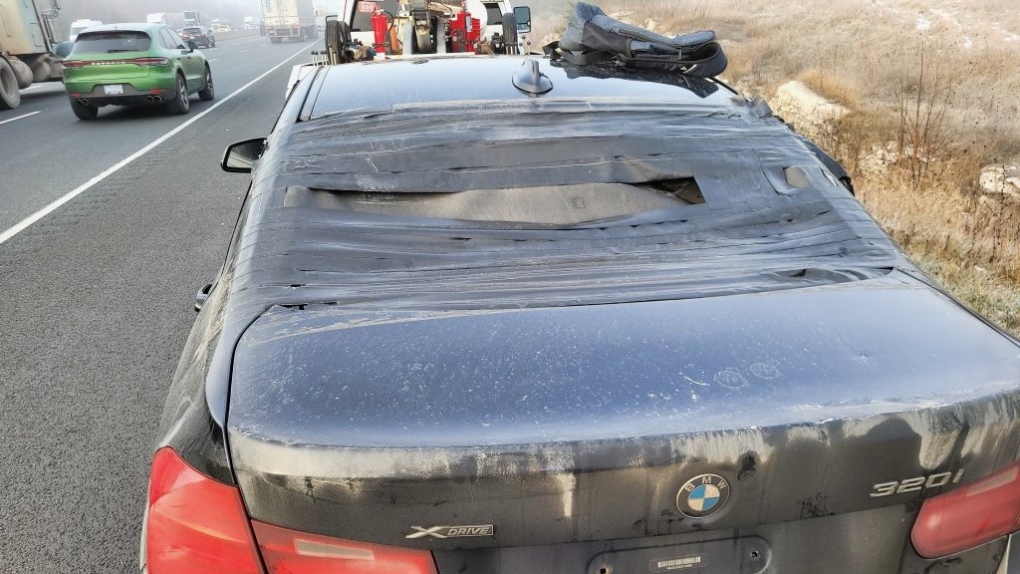 The vehicle the OPP pulled over. (OPP)

A 27-year-old man from Brampton is facing multiple Highway Traffic Act offences after being stopped by the Mississauga Ontario Provincial Police (OPP).

Photos shared of the vehicle show the car's back window was missing, and instead was covered with what appears to be black tape.

In a tweet, OPP said the driver was stopped by an OPP Automated license plate readers (ALPR) vehicle on Highway 401 near Guelph Line.

According to OPP, the driver said: "But officer, I am selling my car." 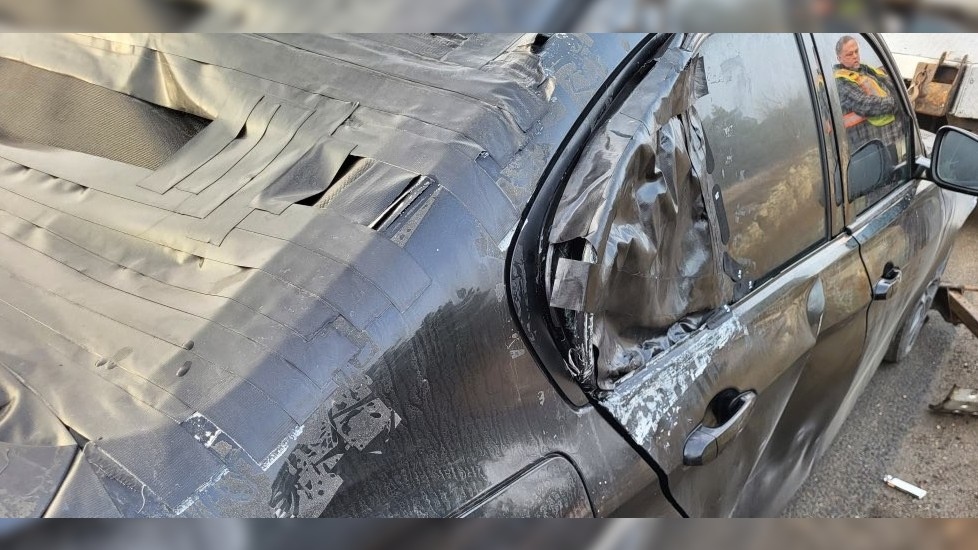 OPP pulled over the driver of this vehicle who now faces several charges. (OPP)

One of the car's side windows was also missing and covered over by the same tape.

The driver was charged with not having insurance, driving while suspended, having an unsafe vehicle and six other offences, according to OPP.

"But officer I am selling my car" Male driver 27 from Brampton. Stopped by the #MississaugaOPP ALPR (camera vehicle). On #HWY401 near Guelph Line. Charged No Insurance, Drive Suspend, Unsafe vehicle and 6 other HTA offences. ^td pic.twitter.com/cznorRoJPv