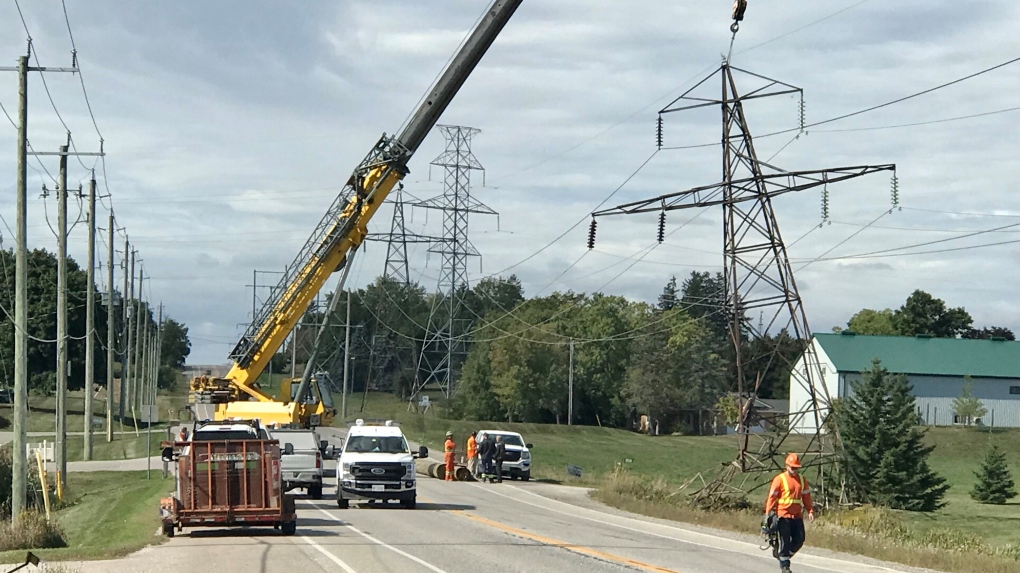 Hydro One crews are on scene working to repair the damage.

A serious crash outside of Waterloo is being blamed for a power outage and road closure.

On Friday at approximately 9 p.m., the Waterloo Regional Police Service (WRPS) reported Erbs Road was closed between Wilmot Line and St. Agatha because of a collision involving a truck in Wilmot Township. According to police, the crash brought down hydro wires.

Hydro One told CTV News that a tractor trailer drove into a transmission tower. One leg of the tower was damaged but Hydro One says that there was no outage to customers.

The closure resulted in Herrle’s Farm Market announcing they would close for Saturday because of a lack of access.

Hydro One crews are on scene working to repair the damage.

Police expect the road to be closed for an extended period of time and are asking people to avoid the area. At this point, there’s no word on potential charges or injuries as a result of the crash from authorities.